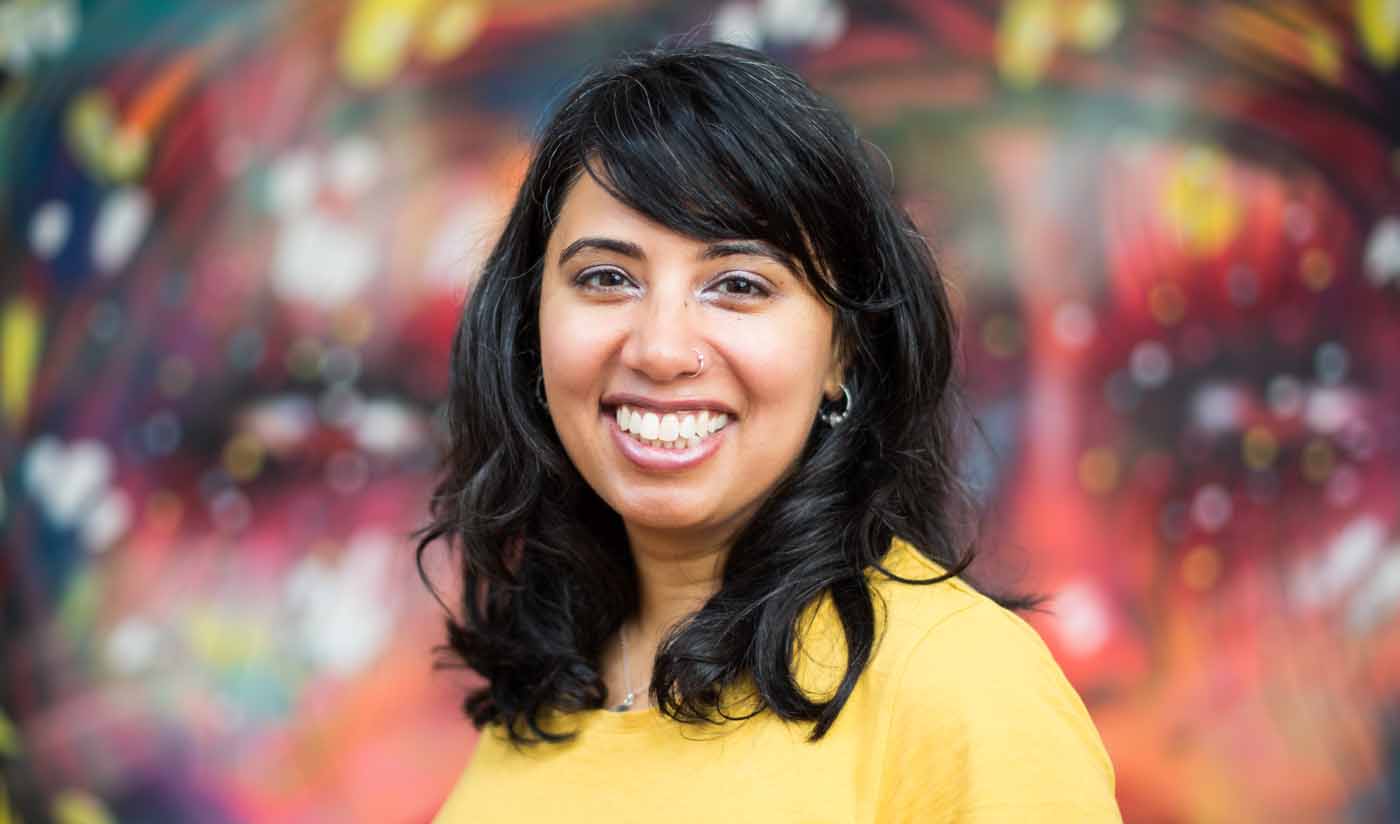 zohra moosa was Mama Cash’s Director of Programmes since May 2013, and has been Executive Director since July 2017.

zohra came to Mama Cash from Action Aid (UK), where she was their Women’s Rights Advisor for three and a half years. She led AAUK’s policy and advocacy work on women’s rights through research, policy analysis, programme advice, campaign development, and media and advocacy.

Prior to joining AAUK, zohra was the Senior Policy and Campaigns Officer at the Fawcett Society in the UK, one of the UK’s oldest and best-known feminist organisations. zohra has also been a freelance blogger and reporter for the Guardian’s “Comment is Free,” openDemocracy and The F-Word since 2007.

Why do you like working for Mama Cash?
“As a person from the Global North, I like working in an organisation that offers useful contributions worldwide, without acting like it always knows what the best approach is. An organisation that is an ally to the groups she support and follows their leadership , and doesn’t tell them what to do with the backing she provides. This for me is an important way of working.”

What makes Mama Cash stand out?
“Mama Cash is quite radical in her approach: in the language she uses, the issues she supports, the ways she does her work. Mama Cash doesn’t shy away from using terms like ‘feminism’ for example. I find that a very strong characteristic.”

What is the point on the horizon you’re working towards?
“I want a full revolution. So that everybody can live a beautiful life, with joy, and community.” 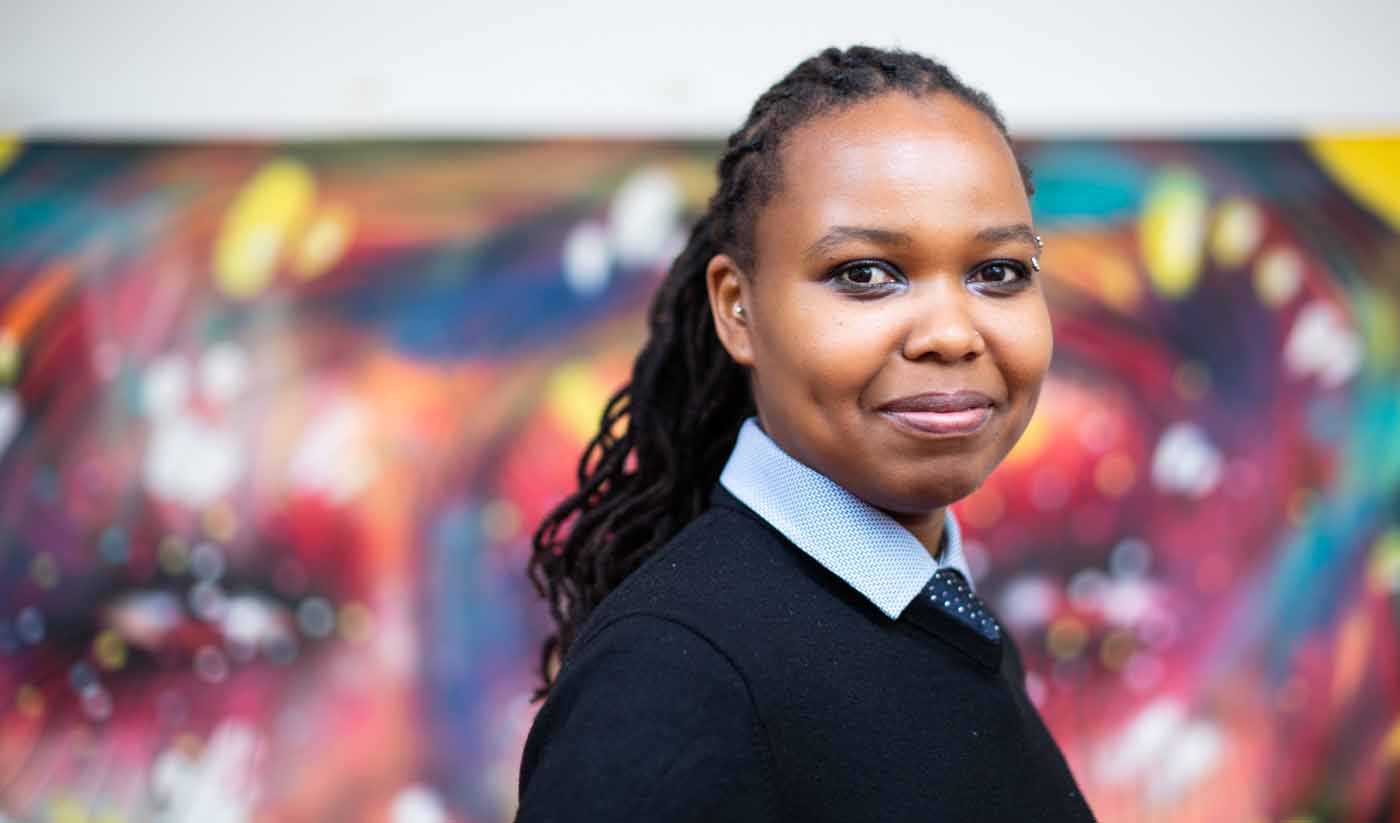 Happy Mwende Kinyili has been working for Mama Cash since 2014, first as Senior Program Officer for the Body Portfolio and since July 2017 as director of the Programmes team.

Happy comes to Mama Cash from UHAI - the East African Sexual Health and Rights Initiative, an indigenous, activist fund supporting East African LGBTI and sex worker movements. Happy joined UHAI in 2009 and served as the Director of Programmes from 2013. In addition to supporting the activist-led peer grantmaking process each year, Happy led in crafting skills and knowledge strengthening programmes for UHAI as well as guiding co-creation processes with activists in the region to host three of Africa’s then largest conferences bringing together sex workers and LGBTI activists and donors.

Why do you like working for Mama Cash?
“Because it’s a space where I can work to make my feminist visions real, and work with other feminists to collectively build and give space to strong, resilient, vibrant feminist movements.”

What makes Mama Cash stand out?
“Mama Cash focuses explicitly on creating space for people who normally remain unseen and unheard, and gives support that enables them to get a seat at the table and make their voices heard. The other thing that makes Mama Cash unique is the guiding principle of self-determination: the emphasis on the fact that each person has agency and the right to determine their own future.”

What is the point on the horizon you’re working towards?
“I want to get to the place where feminists from all parts of the world and from all kinds of movements – whether it be environmental rights movements, trade unions or LGBTI rights movements – get together to strategise, celebrate and break bread together, as part of their own paths of liberation and change. I want to be part of nurturing the spaces where these meetings can take place.”

Jappe Kok has been working at Mama Cash as director of the Finance & Operations team since April 2017.

Before joining Mama Cash, Jappe worked at Hivos for 25 years, an international organisation focusing on a wide range of human rights issues - from sexual rights and the empowerment of women to sustainable food and renewable energy. As a staff member and later head of the Audit and Control department, he was responsible for Hivos’ subsidy procedures and later worked for the Finance and ICT department.

Why do you like working for Mama Cash?
“Because every day that you come here, you know that you’re going to contribute something to a better world.”

What makes Mama Cash stand out?
“Mama Cash combines a fairly radical political approach and very clear, outspoken ideas about respect for the autonomy of self-led groups with good access to institutional donors. Mama Cash is therefore in a unique position to provide financial support that actually benefits the groups she works with.”

What is the point on the horizon you’re working towards?
“I'm hoping for a world in which my grandson will wonder why his grandpa ever worked for an organisation like Mama Cash. And not because he will have become a nasty macho guy (because of course he won’t), but because by that time equality and self-determination have become completely self-evident.” 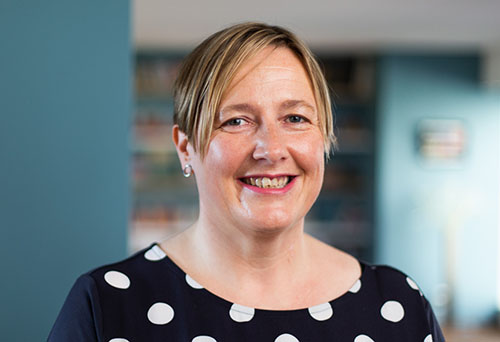 Sharon is the latest addition to the management team at Mama Cash, having joined in March 2021.

Sharon brings over 20 years of experience in both profit and not-for-profit sectors, primarily in Resource Development and Communications. Sharon worked at local, regional and HQ levels, formulating and implementing long-term departmental, national and global resource development, partnerships and communications strategies. Her work with Habitat for Humanity, where Sharon held multiple positions – has taken her from Guatemala through Hungary, Armenia and Slovakia to Mozambique. After Habitat, Sharon worked as Vice President for Fundraising and Communications at Right to Play, where she was responsible for maximizing fundraising revenue, improving fundraising efficiency and creating a global communications strategy, while managing 8 national fundraising offices. Sharon has also worked as a consultant and served on nonprofit boards. In various roles that Sharon held, she was passionate and committed to advancing rights of women, girls, indigenous women, and women living with HIV.

Why do you like working for Mama Cash?
As someone who has worked for various organisation across the globe for most of my professional life, I derive energy from working with people who are passionate about what they do. At Mama Cash I am privileged to work with fearless feminist activists every day: colleagues, grantee partners, members of the supervisory board, donors and supporters - all working together and tirelessly to create a more just and equal world for women, girls, trans people and intersex people.

What makes Mama Cash stand out?
Mama Cash dares to make bold choices. We seek to match the courage of the movements we support and invite others to explore, experiment and dream big.

What is the point on the horizon you’re working towards?
I am part of the movement that normalises equality. A world where being equal doesn't constitute a daily fight but where equality for all is the new normal.