Nancy Jouwe / Board member and Co-chair 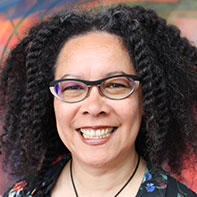 Nancy Jouwe is a lecturer, researcher, writer and public speaker, with an interest in intersectionality, colonial history, arts, heritage and intercultural dialogue. She currently pursues a PhD and teaches at University of the Arts Utrecht, and the Council on International Educational Exchange. She’s involved in several public history projects, including Mapping Slavery (2013-2021), a transnational research project that maps the Dutch colonial history of slavery. Nancy is also Chair of the Supervisory Board of BAK (Basis voor Actuele Kunst), affiliate researcher at Gender Studies (Humanities Department, Utrecht University) and co-author and editor of several publications on Dutch colonial history, including the history of slavery, the Dutch Black, Migrant and Refugee women’s movement and decolonial art praxis.

As an activist she’s been involved in the ‘80s and ‘90s with local squatters and transnational queer, indigenous, and feminist movements, incl. in SE Asia and the South Pacific. She comes from a family of political refugees that had to flee Indonesia in the beginning of the ‘60s, as her father was a political leader in the Papuan independence movement.

Nancy is Dutch and lives in the Netherlands.

Oriana has been a feminist activist for Sexual and Reproductive Rights and Health since she was 15 years old. Based in Mexico, she has worked for the Ministry of Health, and in various organisations and networks to develop strategies to disseminate and promote Sexual Rights and Sexual and Reproductive Health for women, youth and adolescents. Since 2007 she has been advocating for Sexual and Reproductive Justice at the national, regional and international levels. Since 2010 she has specialised in training abortion doulas and since 2012 in reducing abortion stigma at the individual and community levels. In 2017, she became Balance's Executive Director. Ms. Lopez is a member of RESURJ, a Global South-led transnational feminist alliance, and a member of Vecinas Feministas, a Latin-American Network of Feminists for Sexual and Reproductive Justice. She is part of the Supervisory Board of Mama Cash and represents Latin America in the Bisexual Committee of ILGA.

In 2011 she received the Omeccihuatl medal from the Women's Institute of Mexico City, due to her commitment to women's autonomy as the manager of the MARIA Fund. In the same year, the World Association for Sexual Health recognised her work in the field of Sexual Health and Youth. Ms. Lopez has a degree in Social Communication from the Metropolitan Autonomous University. In 2018 she attended a short-program for Human Rights advocates at Columbia University. 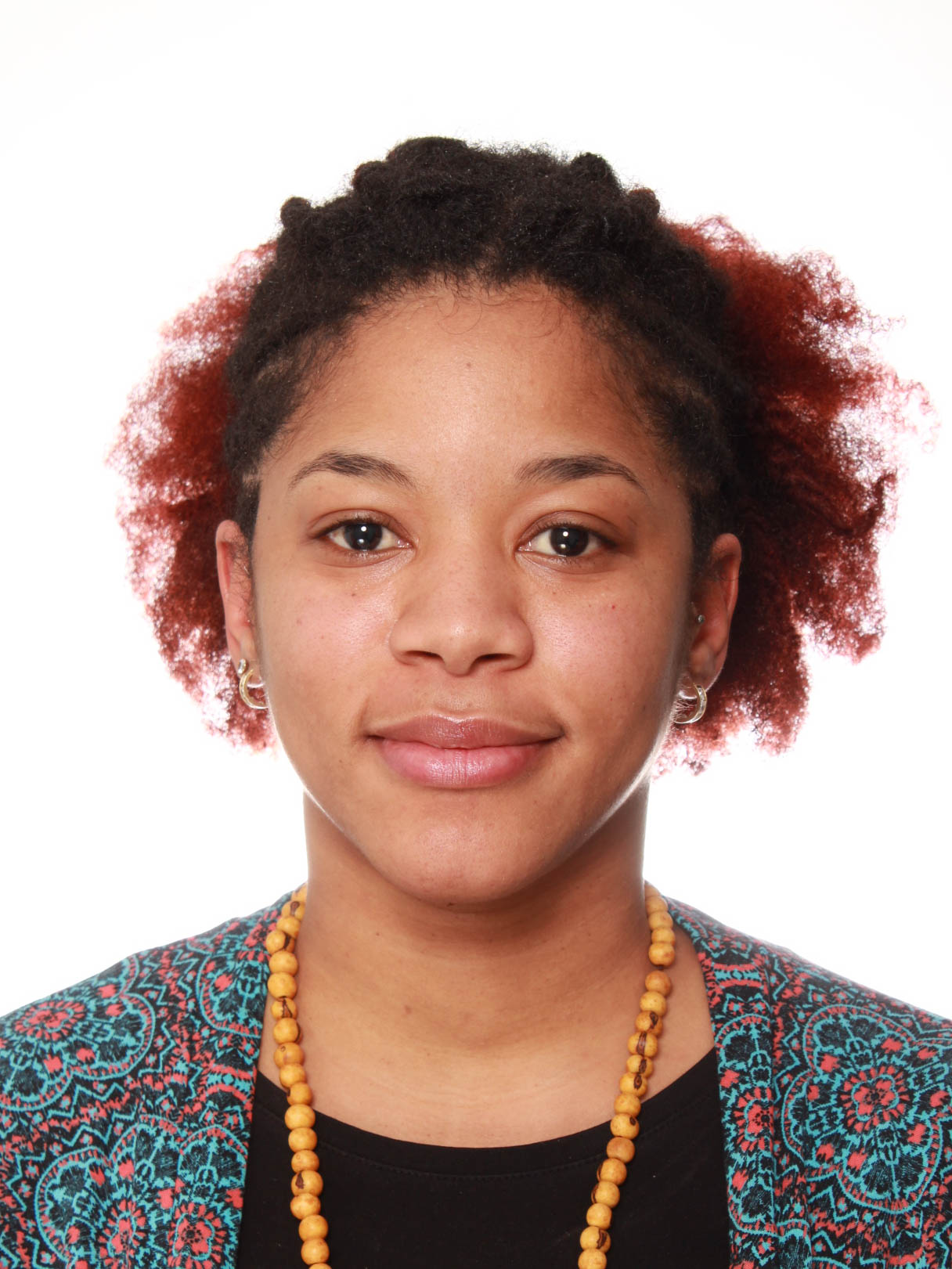 Michaëlis Hortencia is a chartered accountant and works as a manager Audit and Assurance at PwC Nederland. As an accountant at PwC she is specialized in the audit of financial statements in the public sector, such as municipalities and housing corporations in the Netherlands. However, her clients vary from the public to the private sector, national and international clients. Next to performing audits of financial statements, Michaëlis is a trainer at PwC and is active for corporate social responsibility projects.

Michaëlis is a ‘Yu di Kòrsou’ (born on Curaçao) and lives in the Netherlands.

Anna Kirey is an independent consultant with a background in gender and sexuality in Central Asia and Eastern Europe. Anna is also an Advocacy and Human Rights Trainer, Advisory Board member of Astraea Lesbian Foundation for Justice Advisory Board, Advisor Urgent Action Fund for Women’s Human Rights and Founding member of Labrys (one of Central Asia’s largest LGBT organisations). Previously Anna was Deputy Director for Campaigns for Russia and Eurasia at Amnesty International and senior program officer at Open Society Foundations focusing on trans and intersex rights. Before OSF Anna was a researcher at Human Rights Watch, focusing on LGBT issues in Eastern Europe and Central Asia. She is also a founding member of Labrys, one of Central Asia’s largest LGBT organisations founded in 2004 in Bishkek, Kyrgyzstan. Anna, who was born in Russia and grew up in Ukraine, attended Bishkek’s American University of Central Asia and has since attended a graduate program in Russian and East European Studies at University of North Carolina, Chapel Hill, and another at the University for Peace in Ciudad Colon, Costa Rica.

Anna is Ukrainian and lives in Sweden.

Fadzai Muparutsa is an experienced human rights and social policy consultant, focused on advocacy, research, and policy development targeting vulnerable and marginalised groups, in particular LGBT/GNC people and Communities. Fadzai currently works as Advocacy Manager for Coalition of African Lesbians and has been offering analysis and advisory services for NGOs focused on Sexual Orientation Gender Identities and Expressions over 10 years, operating in the human rights, and social policy space, including working with the African Commission on Human and Peoples’ Rights, the South African Human Rights Commission (Johannesburg) and the United Nations Human Rights Council.

Fadzai is Advisory Board member of the Astraea Lesbian Foundation for Justice and works with the African Commission on Human and Peoples’ Rights, the South African Human Rights Commission (Johannesburg) and the United Nations Human Rights Council. Fadzai likes to move between high-level policy development and grass-roots fieldwork to support individuals and communities to access and participate in social development processes.

Fadzai is Zimbabwean and lives in Johannesburg, South Africa.

Laxmi is also a Board Member for Loom Nepal, President for the Federation of Women with Disabilities (Bagmati Province) and Vice-President for Bhaktapur Association of the Blind. Laxmi’s areas of expertise are gender and disability, information accessibility, technological capacity building, economic empowerment, development of professionalism and improvement of quality education of girls and young women with disabilities.

Laxmi is Nepalese and currently lives in Nepal. 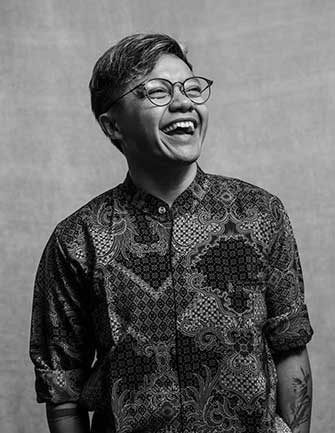 Tama (he/him/his) is a young LGBTIQ rights advocate from Indonesia. He is known for pioneering the Indonesian trans masculine movement and for his persistence in mainstreaming trans and gender identity issues among LGBTIQ, feminists, and the general human rights movement. He works mainly with grassroots trans and queer communities: handling daily violence cases, facing law enforcement and extremist groups in streets, building support groups, and bringing their voices to regional and international advocacy works.

After surviving severe burnout and depression himself, Tama decided to turn his attention to the well-being of feminist and queer human rights defenders. He is currently the Program Manager at Transmen Indonesia, the organisation he founded. He also serves as an Advisory Board member of Trans Survivor Network. Tama also runs a small company producing prosthetic and toys for gender expression and pleasure to promote positive sex culture amongst the trans and queer community.

Tama is Indonesian and lives in Indonesia. 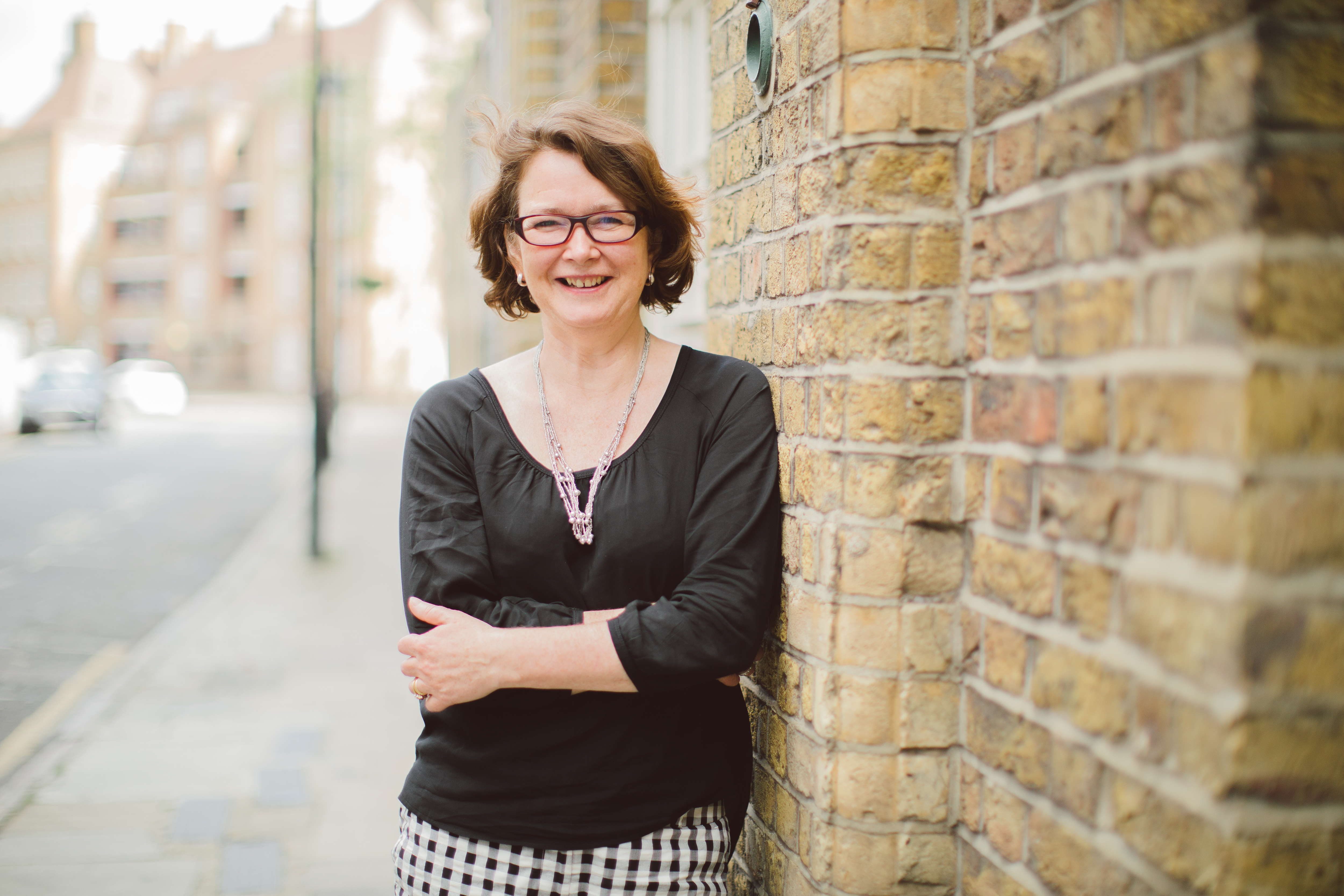 Sue Phillips) is a passionate advocate of gender and social justice with an interest in always seeking out opportunities for strategic influence and impact. Her career has been largely focused on working with international development donors, specifically the UK DFID (now FCDO), the UN, regional development banks and a range of INGOs. Sue chose this particular space in recognition that donors have profound influence and impact on the drive for gender and social justice globally. To this end she founded and led Social Development Direct for 21 years (1999-2020), a UK based provider of gender and inclusion expertise in the consultancy sector. There she and the team grew the organisation into a significant influencer of donor and government policy and programming in the areas of gender based violence, women’s economic empowerment, governance and inclusive public services. Sue is currently focusing her energies on the climate emergency, seeing growing global interest as an opportunity for achieving social justice alongside climate justice.

Sue is British and lives in London, UK.

Tracey Tully is a community mobilisation expert, with experience working with sex workers in Asia and the Pacific. Tracey is Māori, a descendant of the Tuhoe tribe.  Currently, Tracey works for the Ministry of Health in New Zealand in the Pacific Health team. She remains an active member of the sex work community and continues to work closely with the New Zealand Prostitutes' Collective.

Rola Yasmine is a registered nurse and researcher living in Beirut and working on sexual politics, gender and reproductive justice, and movement building. Since 2014, Rola founded and has been the executive director of a non-profit called The A Project. The A Project works on advancing a queer feminist political discourse around sexual and reproductive health and rights, affirming agency and autonomy in sexuality politics and reproductive justice, while seeking alternatives to counteract medical patriarchy. Rola has a Master of Science degree in Sexual and Reproductive Health Research (2009) from the London School of Hygiene and Tropical Medicine (LSTHM) in the UK, and a Bachelor of Science in Nursing (2007) from the American University of Beirut in Lebanon.

Rola is Lebanese and currently lives in Beirut, Lebanon.