Video by Xena Maria Evers
Music: Between The Stone from Oemoemenoe2 by upsammy

For the occasion of the Mama Cash Feminist Festival on International Women's Day, Shilo Shiv Suleman created the work Ishq Inquilab (my love is the revolution) on the facade of the Stedelijk Museum Amsterdam - which echoes a work The Fearless Collective recently made in Delhi . Suleman is the founder of The Fearless Collective, a South-Asian feminist collective of activists and artists who create public art interventions with women and misrepresented communities across the world.

In Amsterdam, the the local feminist community as well as passers-by were invited to contribute to the process, incorporating their own protest slogans into the painting. 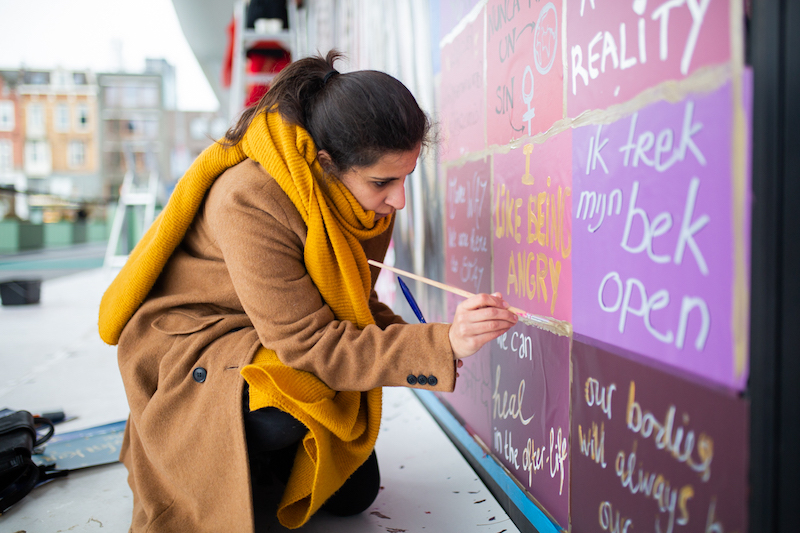 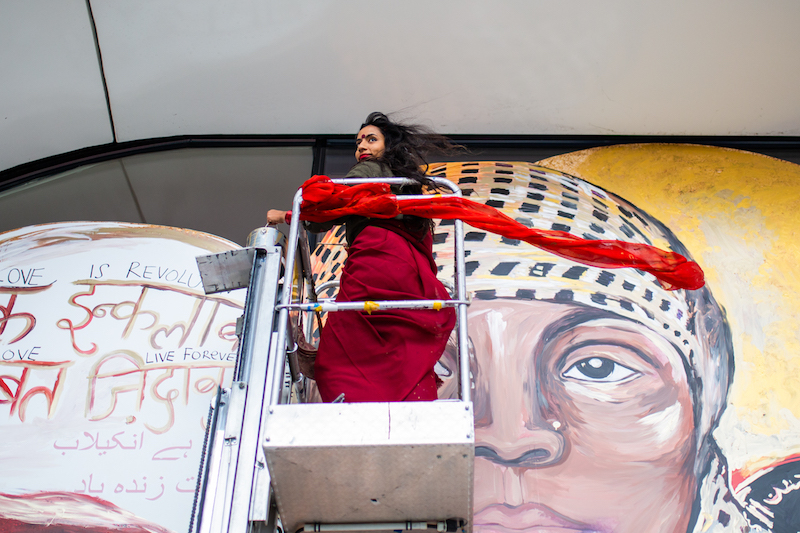 With this work Suleman calls attention to the ongoing peaceful resistance led by women in Shaheen Bagh, that began in response to the passage of the Citizenship Amendment Act which specifically targets Muslim Indians and other minorities over their citizenship. 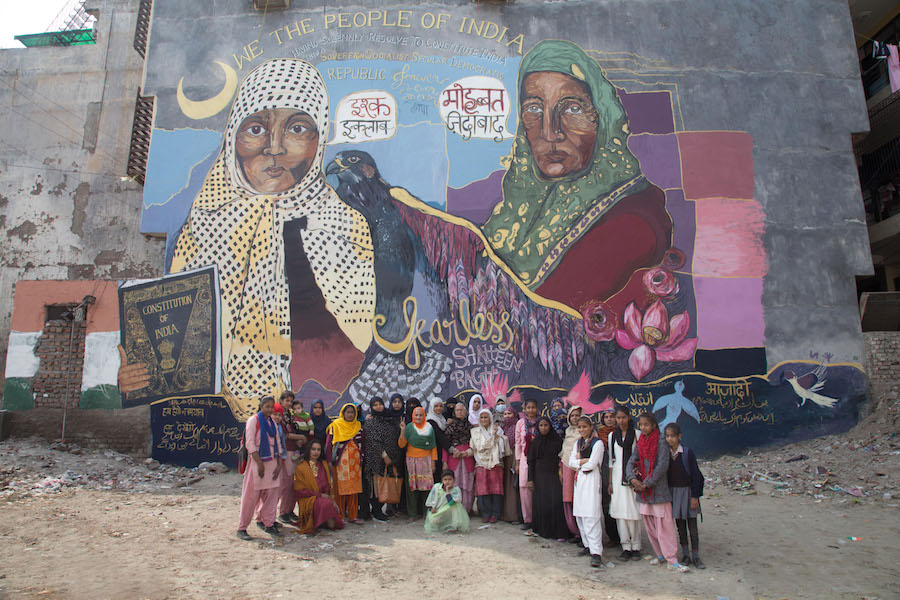 Video: How many women artists can you name?

This was the Mama Cash Feminist Festival 2020