Skip to the page content
Donate now
Search
To the homepage
Mama Cash will use your name and e-mail address to be in touch with you and to provide updates. You can change your mind at any time by clicking the unsubscribe link in the footer of any mail or by contacting us at shesupports@mamacash.org. By clicking the button above you agree that we may process your name and e-mail address in accordance to our Privacy Statement.
Back to overview
November 23, 2021

Behind the Scenes of Extractives: Money, Power and Community Resistance

Big corporations running extractive projects around the world violate human rights and deny communities access to their own land and territory. Human rights defenders face a lot of violence when they try to resist. The murder of a feminist land defender spurred the Count Me In! consortium  to  embark on a research to better understand  and reveal the financial drivers and enablers of extractives projects. Based on that research, CMI! developed the toolkit Behind the Scenes of Extractives: Money, Power and Community Resistance with the aim  to support women land defenders and their communities in their efforts to fight extractive projects.

On March 3, 2016, Berta Caceres, a globally recognised indigenous women human rights defender, was assassinated for her work to stop a dam that threatened her community. She had played a leadership role in the community’s years of organising, advocacy and resistance. But despite these efforts, it seemed that the project would go forward until her murder brought global pressure on the investors to pull their funds. This is not just one example. Every year many women land defenders face torture and death while trying to resist the invasion of big extractive projects into their land and nature.

What are extractive projects

Extractive projects extract raw materials, such as fossil fuels and minerals, but also land, forests and marine resources. They usually do not consult the communities living there. On top of that, they deprive the local communities of their own resources. While communities are pushed aside and robbed, governments and corporations generate big revenue. This has a graver implication for women, who enjoy less access to resources in general. Watch this video to see how extractives impact women’s lives.

CMI!’s Behind the Scenes toolkit 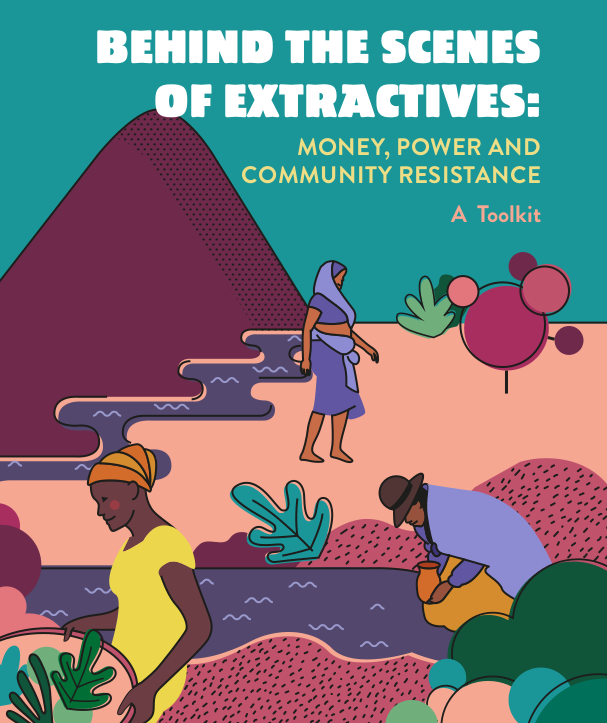 CMI!’s Behind the Scenes toolkit is designed for all activists and organisers in communities affected by extractive projects. And the purpose of this toolkit is to support women human rights defenders (WHRDs), and their communities in their struggles to defend land and territories against extractivism, by sharing and building on the knowledge generated by research. It provides tools and analysis that enables them to map what is impacting their lands and develop stronger strategies in response.