Femix and the Girls Rock Camp

Everywhere we go, music surrounds us. The pop songs you sing along to on the radio. The national anthems at football games. Lullabies and folk songs. The hymns and chants we learn in places of spiritual worship. The jingles in commercials.

Music is woven into our daily lives and individual identities, and into our culture and national histories as well. “It has great power in either changing things or maintaining the status quo, ” says Selena, a member of our grantee-partner Femix Network of Female Creativity in Serbia. “Especially in a certain political context, music has always been a powerful political tool for sending a message and making a change.” 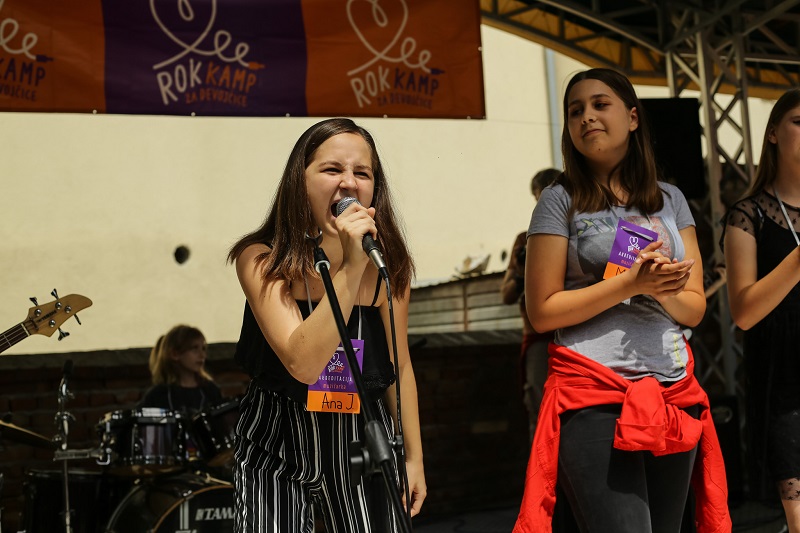 Music as resistance
In Serbia, that context – as in many other countries throughout the world, like Brazil, Hungary and the U.S. – is one of increased nationalism, xenophobia and conservativism. “The right-wing parties are on the rise, and there is a lot of media censorship. Things are kind of repeating themselves,” says Selena.

In popular culture, music is reinforcing a return to so-called ‘traditional’ values. “There’s this folk music that’s pretty popular - we call it neo-folk - which is heavily sexualizing and objectifying women. And that’s all that young girls see in the mainstream media.”

The messages of these songs? “Simple, vague, and talking only about love.” Selena says. “I honestly believe if there is music sending more direct, more political messages, it can change things in our societies and communities. It’s worked before, especially here.”

Indeed, under the rule of nationalist autocrat Slobodan Milosevic in the 90s, Serbian rock music saw a transformation: from a form of urban entertainment to a mode of resistance. And with Girls Rock Camp, Femix is working to ensure that this can be the case again today.

“There is this one girl who is 14 years old and she’s shredding guitar like Hendrix.”

Women role models
The first project of its kind in the Balkan region, Girls Rock Camp is exactly what it sounds like: a camp for girls between the ages of 10 and 14 who not only listen to genres like rock, punk and metal, but want to explore becoming musicians themselves. At the camp, they can learn to play an instrument they’ve been longing to get their hands on but never had access to – or finally share the skills they’ve already developed by finally having other people to play with. 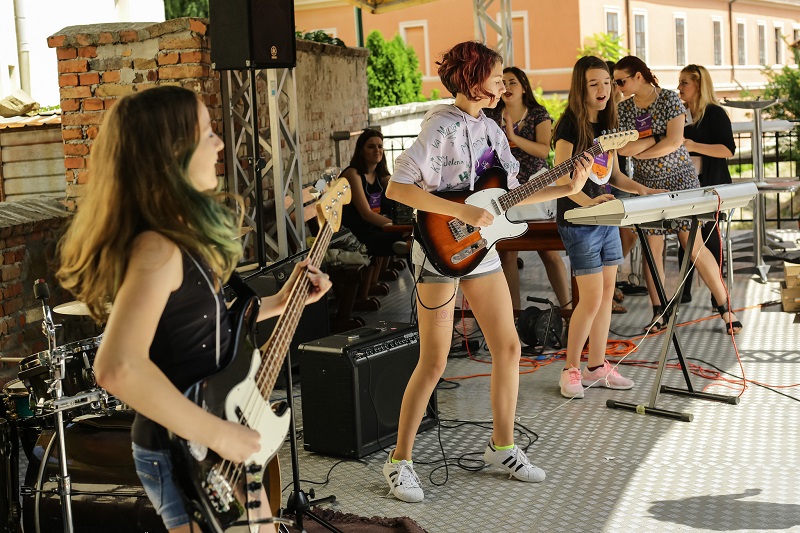 There are already a few such camps for young people in Serbia, and some are even well-attended by girls. “But none of the teachers are female, or the women only teach vocals,” Selena points out. “And the thing we are trying to do is give girls examples of female mentors, female organisers, female sound engineers – women that are successful, have bands, and are active in playing, so that young girls don’t only see men in these roles. They also need to see some strong female musicians.”

The first edition in 2017 was a hit, with 30 participants and over 200 people attending the final concert. “Many of the girls continue to play and some of them are really, really talented,” Selena says. “There is this one girl who is 14 years old and she’s shredding guitar like Hendrix.”

“They say, ‘I’ve never met a girl who listens to the same music as I do!’”

Not the only one
Equally importantly, the camp creates a community for girls who in their hometowns were isolated by their music interests. Selena describes the sense of belonging and connection that begins as soon as the participants are in the bus together on the first day: “They say, ‘I’ve never met a girl who listens to the same music as I do!’ That’s the most beautiful thing about it: they realise that they’re not alone.”

The community continues to grow after participants return home. Many of the girls who attended are still in touch with each other, updating each other about their progress or even playing together. The camp and final concert also got some ambivalent parents on board. “We also heard that some parents connected and that they are now bringing their girls to rehearse together in studios. Many of them call us to ask what instruments they should buy for their girls.” 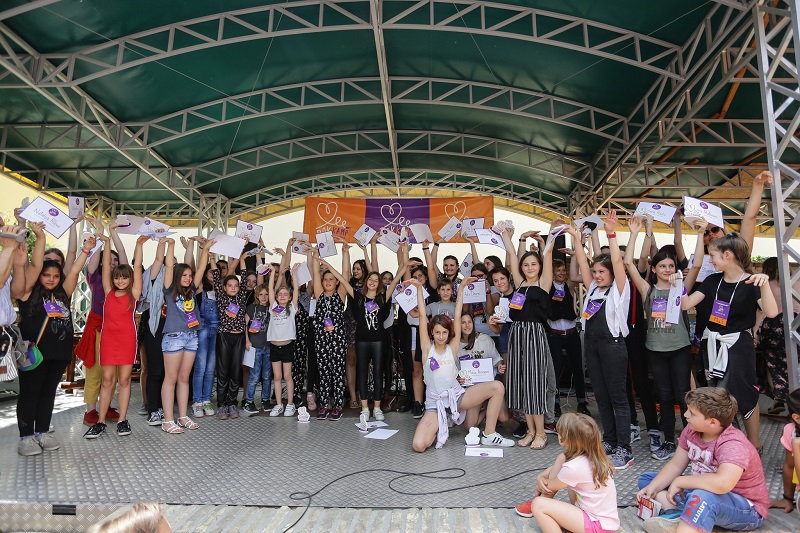 A sense of possibility
Girls Rock Camp is the experience Selena, herself a drummer, wishes she had had– though she didn’t let a lack of support stop her. “Before I expressed my will to play drums, I had no idea that it was unusual for girls. I come from a small city near Belgrade and my family and community were full of stereotypes – they thought I couldn’t do it because I was a little girl, and I was like, what’s the fuss about? It’s just an instrument!”

“They didn’t support me at first but then they saw that I wouldn’t give up. I saved my lunch money and showed it to my father. I said, I have this money and I found an advertisement for drums in the newspaper – can you drive me to buy them? That’s the moment they realized I was serious.”

This feeling of being able to pursue one’s interest – this sense of possibility – is for Femix the most important thing they hope to leave the girls with. “There are always the ones who don’t continue, but they feel empowered because they tried - they saw that there is nothing to worry about. They can do it just like anyone else can.”

Do you want to meet Femix and other feminist artists and activists?

Aireana and the magic of the batucada