Skip to the page content
Donate now
Search
To the homepage
Mama Cash will use your name and e-mail address to be in touch with you and to provide updates. You can change your mind at any time by clicking the unsubscribe link in the footer of any mail or by contacting us at shesupports@mamacash.org. By clicking the button above you agree that we may process your name and e-mail address in accordance to our Privacy Statement.
Back to overview
November 1, 2021

Mama Cash is excited to announce our second year of partnership with IDFA: the International Documentary Film Festival Amsterdam. The largest documentary film festival in the world, IDFA believes in the power of documentary film to bring creative documentaries and audiences together.

Mama Cash shares this belief. We are proud to join IDFA in bringing profound and moving documentaries from around the world to audiences in the Netherlands. This year, we will be presenting three important films. Films that give voice to women, girls, trans people and intersex people whose lives and perspectives are often de-valued and ignored. These films address subjects close to our hearts and to our work: 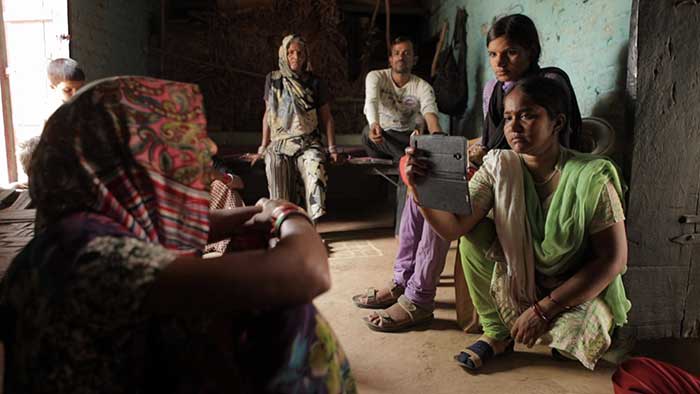 Writing with Fire (directors: Sushmit Ghosh and Rintu Thomas, India, 2021, 94 minutes). In a cluttered news landscape dominated by men, India's only newspaper run by Dalit women has emerged. Chief Reporter Meera and her journalists break traditions, redefining what it means to be powerful. This is a main festival film that will be presented in Amsterdam’s Tuschinski theatre on Sunday, 21 November at 16:15. 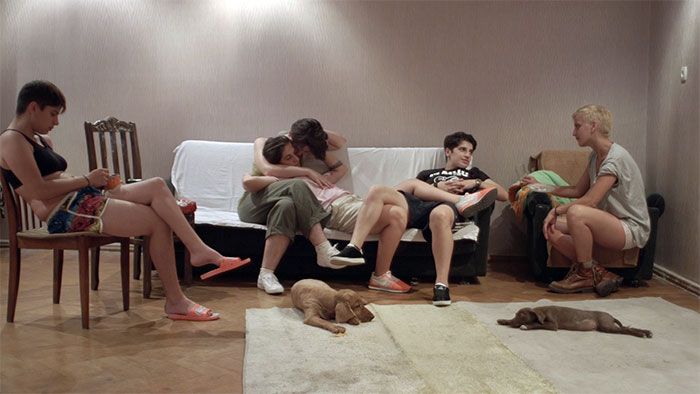 How the Room Felt (director: Ketevan Kapanadze, Georgia, 2021, 74 minutes). “At times I’m a boy, at times I’m a girl”, says Lana. The conversation unfolds in her girlfriend’s smoky kitchen filled with empty beer bottles and cheap snacks for vodka. Lana plays football in the local club in Kutaisi, Georgia, which is not just a source of income, but primarily a shelter for a group of girls, who share violent family backgrounds and queer sexual identity. Against a backdrop of homophobic rallies held in the streets of Georgia, the film evolves around intimate situational scenes and dialogues filmed in kitchens or the changing room. This film is part of IDFA’s Queer Day programme and will be shown in Amsterdam’s Eye national museum for film on Monday, 22 November at 15:00.

Beirut: Eye of the Storm (director: Mai Masri, Lebanon/France, 2021, 75 minutes). It’s October 2019, and four progressive women are documenting the uprising in Beirut. They are journalist Hanine, Iraqi camerawoman Lujain, and Noel and Michelle, two artist sisters whose often-ironic songs have made them a voice for their generation. The prevailing mood is one of hope and change. But a few months later, COVID-19 has locked down the city, and all optimism seems to have evaporated. This film will be presented in Amsterdam’s Tuschinski theatre and online on Thursday, 25 November at 21:00. Farah Salka, Mama Cash’s Board Co-Chair and a feminist, anti-racist activist from Lebanon, will introduce the film. A discussion with the film’s director follows the screening.

IDFA is just around the corner! The festival runs from 17 through 28 November, and general ticket sales start on Wednesday, 3 November. Mama Cash looks forward to sharing the opportunities for learning, conversation and connection that IDFA creates. We hope to meet you at one of these films, and we hope you enjoy the festival!