In our monthly series, ‘Collectively creating change’, we highlight the work and impact of our grantee-partners. This month: DIVA, Diverse Voices and Action for Equality in Fiji. 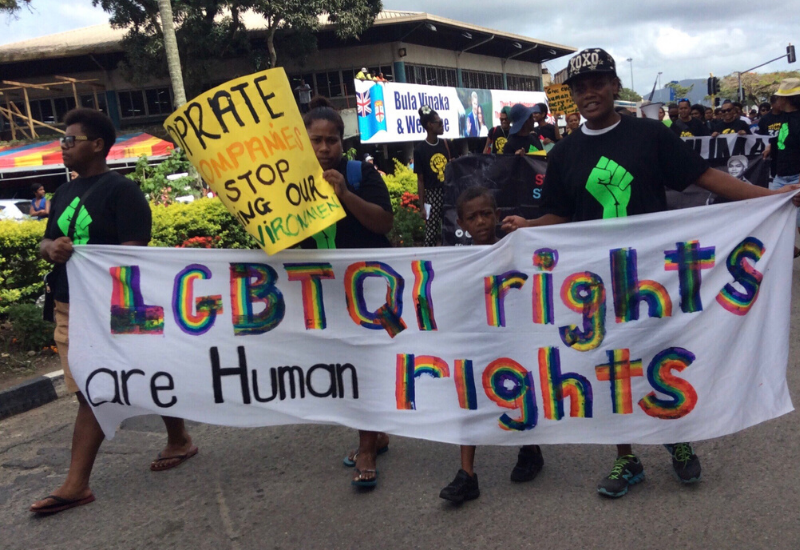 For many of us, when we think of Fiji, we may imagine a tropical paradise. But for the lesbian, bisexual and trans (LBT) people who actually live there, their home of 300+ islands is no utopia. Fiji’s LBT community experience high levels of stigma, marginalisation and violence on both the interpersonal and institutional levels.

While Fiji has a very strong Bill of Rights, with specific mention of sexual orientation and gender identity, the reality is that there are almost no mechanisms to actually remedy the violence and discrimination of the LBT people in Fiji face. There are epidemic levels of violence against women and girls: research by the Fiji Women’s Crisis Center revealed that over 2 in every 3 women experience intimate partner violence in Fiji, and DIVA’s own research found that over 84% of LBT women and people have experienced intimate partner violence.

On top of that, the island and Pacific region more broadly are among the first to feel the adverse effects of the climate and ecological crisis. Studies estimate that 18 million people have already been affected by weather-related disasters in the Pacific Islands, up from 1.2 million in the 1980s.

These two issues are not as separate as they may at first seem:  women, trans and gender non-conforming people are typically more likely to be negatively affected by the impacts of climate change because of a lack of access to power and resources compared to (cisgender) men.

In this context, our grantee-partners DIVA for Equality push for change by challenging social norms, material injustice, and structural discrimination. 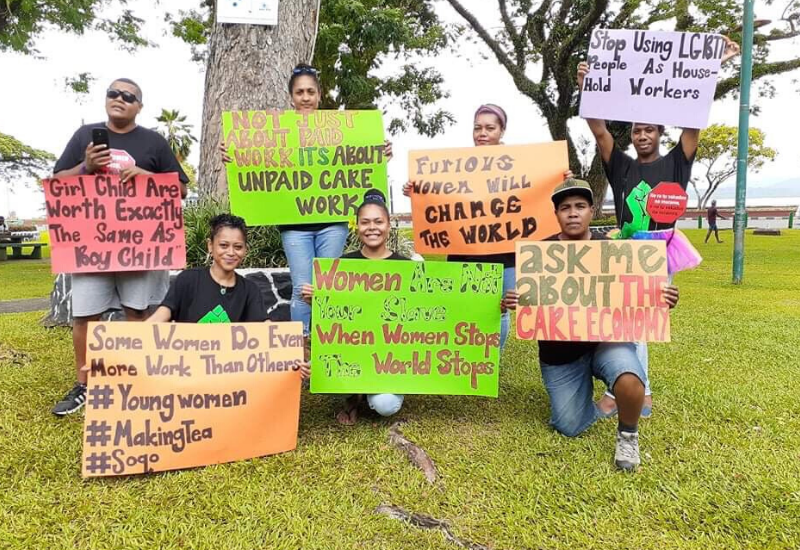 What they’re doing about it

Established in 2011, DIVA for Equality is a collective and network of lesbian and bisexual women, trans masculine and gender non-conforming people working at the intersection of sexual and reproductive health and rights, ecological sustainability, climate change, economic justice and LBTQ+ human rights. Working collectively as grassroots-led constituency groups in urban poor, rural and maritime areas, DIVA demand and work toward a new set of realities for themselves and others.

A member-driven organisation, DIVA operates via self-organised hubs of 25 to 100 people in nine locations across Fiji. This way of working ensures that lesbian, bisexual and trans masculine people are treated as experts of their own realities and are given space to define and lead their own political agendas, and to meet as constituency groups as they emerge and gain political power. Collectively, these hubs mobilise within their own communities for direct action and lobby for long-term, structural change – both locally and internationally.

DIVA also provides direct services, referrals and support for LBT community members and activists in Fiji, creating safe spaces to organise and increase levels of constructive collaboration across movements; even before the Covid-19 crisis, they had developed online organising platforms to connect activists within Fiji and across the Pacific region more broadly. 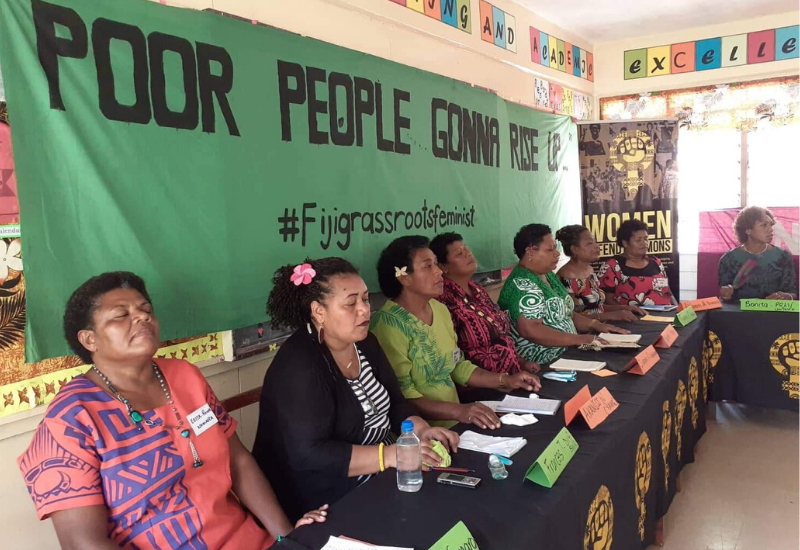 The impact they’re having

DIVA has played a pivotal role in establishing the existence and severity of the issues that their communities prioritise. They conducted and published a four-year community-led, participatory research on the human and socio-economic rights situation for LBT and gender-nonconforming people in Fiji. In 2019, they launched this national research report, "UNJUST, UNEQUAL, & UNSTOPPABLE: Fiji LBT women and people tipping the scales toward justice for all”; some of the only research on these issues in the Pacific region.

DIVA for Equality is also involved in an extensive number of Pacific partnerships, international forums and civil society coalitions, where they are often the only LBT-led group participating in conversations on environmental justice, climate change and sexual and reproductive rights and health. Not only have DIVA for Equality consistently brought a feminist perspective to climate change and ecological issues through their advocacy, they have also advanced sexual and reproductive health and rights in Fiji and the Pacific, creating more space at the national and regional levels for discussions, advocacy and policy input on these issues.

DIVA for Equality is playing a crucial role in Fiji and the Pacific as one of the only social justice organisations in the region openly comprised of lesbians, gender non-conforming women and trans masculine people – and bringing together the urgent issues of universal human rights and access to social, economic, ecological and climate justice. Fiji may not be a tropical utopia, but DIVA for Equality are working to ensure that Fiji and its neighbouring island societies will see a more feminist future.

Looking for more stories of feminist activism? Sign up for our newsletter
News