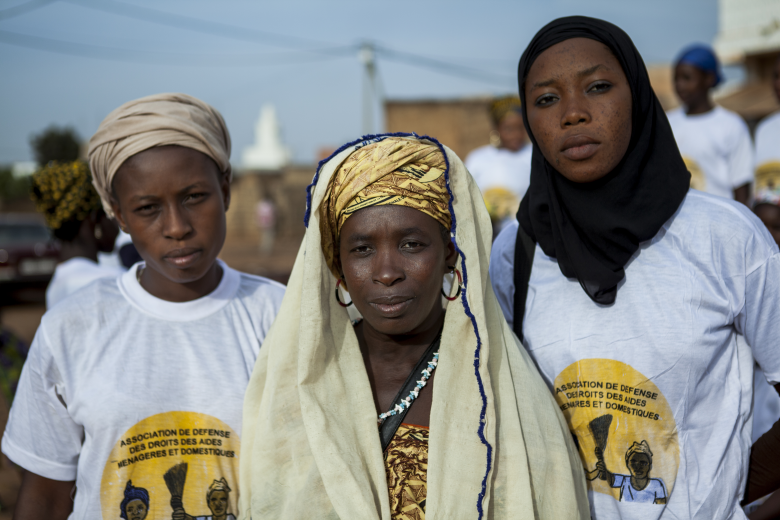 While domestic workers in Mali have legal protections, like minimum wage and entitlement to days off, in practice many employers and even state officials fail to apply this law to domestic workers, who are often treated as property rather than labourers with human rights. In this context, employers can get away with requiring domestic workers to work seven days a week, while providing them with insufficient food and breaks for salaries that are far below the minimum wage.

Since most domestic workers do not have a written contract with their employer, they can be dismissed for whatever reason with little to no notice. On top of this, domestic workers regularly face physical and verbal abuse from employers or their family members. In the case of girls or women (who make up the majority of domestic workers) violence can also be of sexual nature.

What they’re doing about it

Made up of girls and young women who migrated to Mali’s capital and other regional towns to find work, ADDAD is a self-led organisation of domestic workers founded in Bamako and now active throughout the country and in six other West African countries. Their mission is to build a movement of domestic workers to collectively promote and protect the rights of domestic workers, establishing their respect  and improving their economic and social position in Mali’s society. 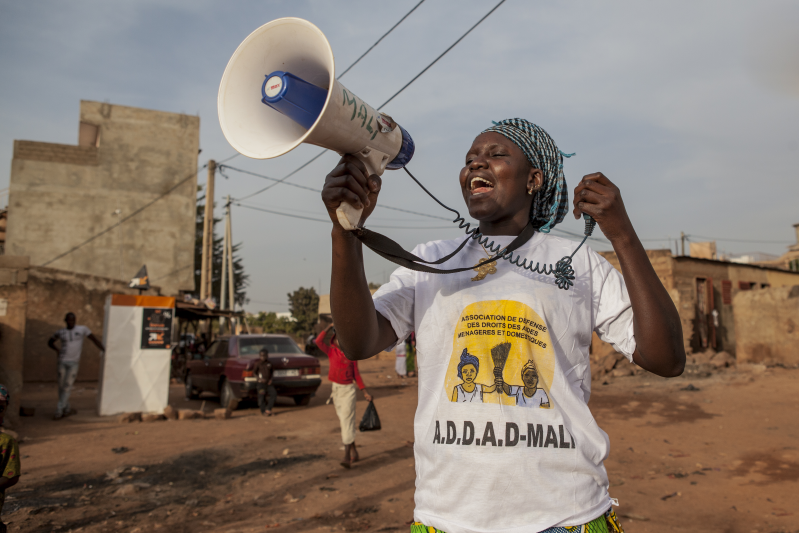 On a national level, they lobby for the existing laws on employment to include domestic workers in practice, so that the maximum amount of working hours and the minimum wage stipulated in these will be applied to domestic workers. They also advocate for improvement of working conditions on topics that are not directly covered in existing laws yet, such as vacation days or the need for written contracts.

The impact they’re having

Because ADDAD does strategic outreach in neighbourhood groups, they have succeeded at making themselves approachable for many domestic workers – growing their membership from 23 to over 1000 over the last few years and expanding the network from just the capital to throughout the country, including rural villages. They also give their members opportunities to take on leadership roles within the group. In this way, by developing the leadership skills of individual members, they strengthen the domestic workers’ rights movement as a whole, building an increasingly large base of vocal activists. 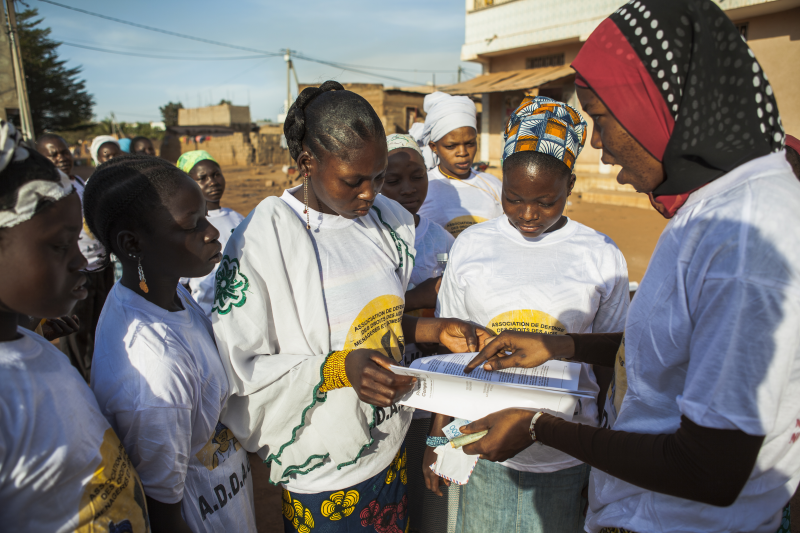 When ADDAD’s members have disputes with their employers about working hours, living conditions, wage, contracts or (sexual) violence by family members, ADDAD functions as an intermediary and assists to settle the matter: introducing a written contract between the domestic worker and employer; when necessary showing the domestic worker how to file a case with police or other authorities; and in some cases assisting them to find a different employer. As a result of their work, more than 700 employment contracts had been processed by the organisation

As ADDAD expanded their geographical scope, they were increasingly seen as a national authority on domestic worker issues and invited by government officials and media to comment or consult on the topic. That they are increasingly treated as experts on labour rights illustrates their impact – and is a hopeful sign for the rights of all domestic workers in Mali.