The mission and vision of #MyBodyIsMine

Launched June 4th, #MyBodyIsMine campaign brings together women, girls, trans and intersex people to collectively speak out about our right to freedom, autonomy, self-expression, pleasure and joy. We want to not just be free from violence, but also be free to make decisions about our own bodies, express ourselves as we wish, and pursue pleasure in all its many-splendored forms. 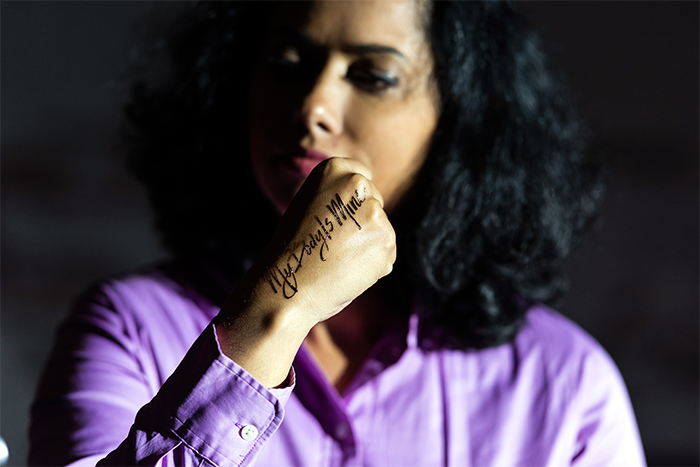 When we speak out together we can create long-overdue change. Our Executive Director Zohra Moosa put it this way: “Patriarchy persists through our silence. It gets stronger when we’re quiet. So we need to get loud and work together.” That’s why we’re inviting everyone to get their own temporary #MyBodyIsMine tattoo (available here in exchange for a small donation), take a selfie and post a statement on Instagram.

Learn more about how you can join the campaign now!

Solidarity – standing with each other and working together - can move mountains. Emma Herman, Senior Officer for Special Projects: “We’ve seen it with the #MeToo movement, which has given feminism in the West - but also many other places around the world - such an enormous boost in recent years. The black activist Tarana Burke came up with the term ‘Me Too’ more than 20 years ago, as a way of speaking woman to woman about sexual violence. In 2017, the hashtag caught on and an explosion of testimonies followed. That was in many ways fantastic. Bit it was also limited in a few ways; for example, it became a Hollywood thing, with all those public accusations and statements made on stage, even though Tarana Burke intended and used #MeToo as a way of declaring your solidarity.”

“It is so important to let each other know that you recognise and support each other, however different you may be.”

“Women and girls, as well as trans and intersex people: they all face attacks on their body, on their physical form,” says Herman. “It is so important to let each other know that you recognise and support each other, however different you may be. To show up for each other, as it’s so beautifully said in English. That’s a very material thing. Just being there already, standing behind or next to someone, even if you do or say nothing else, even if it’s happening online.”

Solidarity is at heart of this campaign; #MyBodyIsMine is about standing up together to the restrictions placed on the bodies of women, girls, trans and intersex people, and celebrating bodily freedom and pleasure. 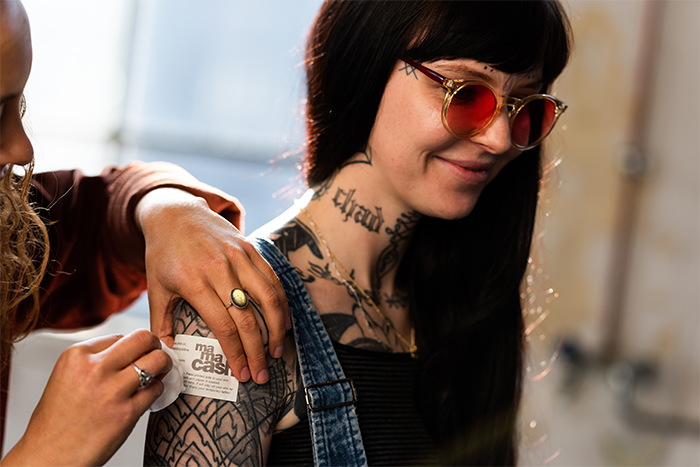 In her #MyBodyIsMine portrait, tattoo artist Grace Neutral (pictured above) discusses her experience coming up against these beauty standards and norms. Grace has undergone several body modifications that people consider ‘extreme,’ like tattooing her eyes blue and splitting her tongue. “I think that it is a political statement to do that in today's world, because for any women to make a drastic change to their body - especially that goes outside of the constraints of the norm and what we’re expected as women to look and act and sound like – the byproduct of that whole thing is that you’re actually make a huge political stand with just being who you feel you should be.” Watch Grace’s #MyBodyIsMine portrait.

“The way I move, how I look, where I sleep, the work that I do: all these things, I do with my body. And so I can also use it to liberate myself.”

Fortunately, we can also use our bodies as a feminist tool, says our Director of Programmes Happy Mwende Kinyili: “The way I move, how I look, where I sleep, the work that I do: all these things, I do with my body. And so I can also use it to liberate myself. It also helps to try to get closer to bodies that look, feel, struggle and dance like mine. I have learned so much about how I can liberate my body from all shame and restrictions by being together with other black queer women! At the same time, it’s just as important to try to get closer to bodies that are very different than my own, to show solidarity with all the bodies that are not free to be how they are.” Watch Happy’s #MyBodyIsMine portrait.

Graffiti artist Panmela Castro (top photo) says we can all use whatever we have to share feminist values and support women. “I am an artist, and art is the tool I have. The thing I have to offer, is art. But you can do the same work to empower women by doing the things you have at your disposal. Whether is it math, gardening, dancing, writing. Whatever it is you master and love in support of women.” Watch her #MyBodyIsMine portrait.

With this campaign, we hope to build bridges not just between activists and movements, but also the very issues we face. Herman: “The idea that sexism, racism and homophobia, among other things, are inextricably linked, and that one cannot be combated without combating the other, is at the heart of our work. It’s important, therefore, that trans people also attend women’s rights conferences and take the floor; that the right to healthcare is also advocated for and on behalf of sex workers; that the environmental movement considers the colonial impact of climate change; and that different generations of women join forces.”

An example of this intergenerational solidarity happened recently here in the Netherlands: Bureau Clara Wichmann, an organisation with its roots in the second-wave feminist movement (which conducts legal proceedings for women’s rights against the Dutch state with the support of Mama Cash) and the young ‘platform for entry-level feminism’ De Bovengrondse. They joined forces in order to make the morning-after pill available at general practicioners. 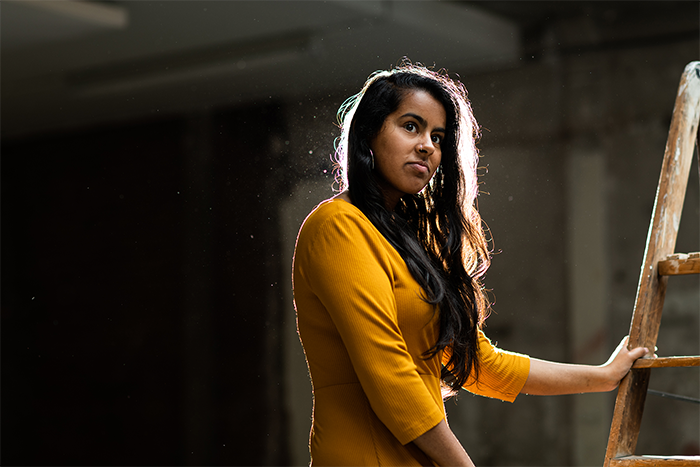 Feminist movements are also engaging in global solidarity: 16-year-old Ambrien Moeniralam (pictured above), who lives in Amsterdam, the Netherlands, became an activist by being inspired by the Instagram account @catcallsofnyc. Now, with @catcallsofams, she’s part of a global network of activists who are raising awareness about cat-calling and street harassment. Hear the rest of Ambrien’s #MyBodyIsMine story.

Do you want to stand with these activists, join the #MyBodyIsMine campaign, and make your own statement? Then head to www.mybodyismine.com to learn more!

"We need to get loud"