With graffiti, Rede Nami tackles violence against women in Brazil

This article was originally published in August 2016 and has since been updated.

In Rio de Janeiro, bright colours are everywhere – because the walls of Brazil’s capital serve as a public outlet for artistic expression. And one group paints with a mission. By piquing people’s interest with the opportunity to experiment with graffiti, Rede NAMI open the door to a conversation about violence against women and gender equality. 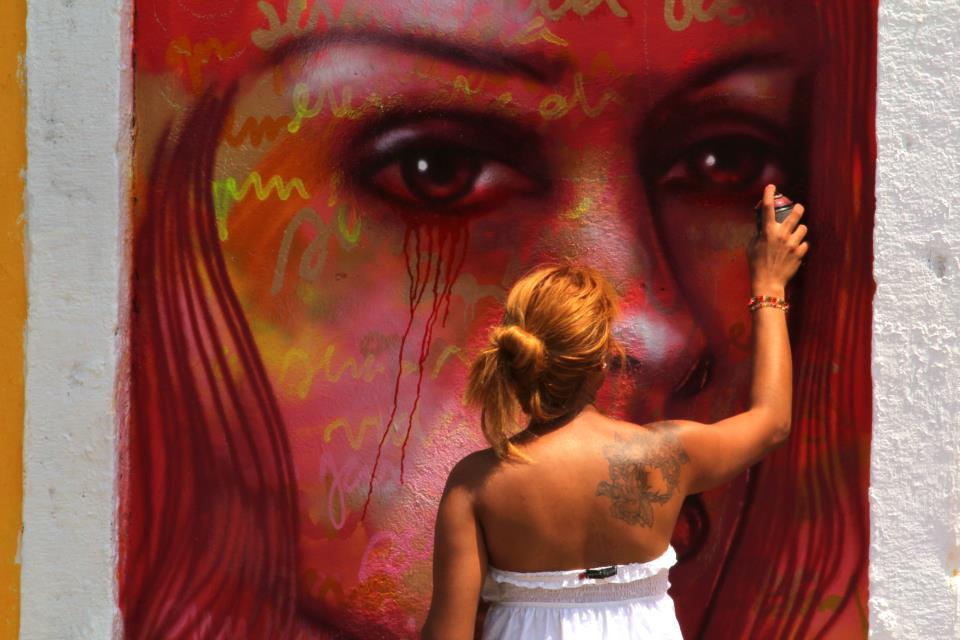 Rede Nami hosts graffiti workshops for youth of all genders and women of all ages. When Rede NAMI applied for a grant from Mama Cash, it was initially to finance these workshops: “When we applied in 2011, we were not a formal organisation yet,” says Panmela Castro, founder of the group, who started as a graffiti artist under the name Anarkia. “We were just a group of graffiti girls, trying to do workshops in schools. Unfortunately it was naïve of us to think that the government would permit these kind of things.”

Every 7 minutes a woman in Brazil experiences domestic violence.

Indeed, it is only recently that the Brazilian government has begun to take the country’s issue of violence against women seriously. According to a study in 2015, every 7 minutes a woman in Brazil experiences domestic violence, and on average 15 women are killed every day. Only in 2016, when a survivor named Maria de Penha used her own case to fight for reform in the courts, did the government pass a law recognising domestic violence as a serious crime and creating mechanisms to tackle it.

But in 2011, when Rede NAMI didn’t get authorisation to give workshops inside schools, they didn’t give up. Instead, they sought out parallel places in the communities they wanted to reach. And the grants of Mama Cash in 2011 and 2012 made a big difference to the organisation; it was the first time the group had ever received financial support. Castro: “It was the first time someone believed in our work, and made it happen. Thanks to the support of Mama Cash we grew enormously. Now we have all the right papers and knowledge that is necessary for our work. And most importantly, it has enabled us to let the girls do the projects, instead of ourselves.”

“Even now that we are a formal organisation, the girls still decide!”

It is of great importance for Rede NAMI that the girls in their workshops have the freedom and control to express themselves how they choose. Panmela Castro says about this: “Even now that we are a formal organisation, the girls still decide! There were definitely times when we saw we were losing this structure. Then we made sure that we gave the power back to the girls as soon as possible. Only they should decide what is good for them.”

Rede NAMI, and especially Panmela Castro, has received international recognition for her work as a graffiti artist and as a women’s rights activist. In 2012 she was chosen by Newsweek Magazine as 1 of the 50 ‘Women who Shake the World’, and she received the Hutúz Award for Graffiti Artist of the Decade, which is the most prominent hip-hop award in Latin America.

“But the first one who believed in our work, and saw the importance of it was Mama Cash.”

“Today my work, and the work I’m doing with Rede NAMI and the girls, is very well known. Everybody believes in it, and wants to support it. But the first one who believed in our work, and saw the importance of it was Mama Cash. The fact that Mama Cash took that first step has been of inestimable value to us. If they hadn’t supported us then, maybe we never would have had the possibility to help so many women.” 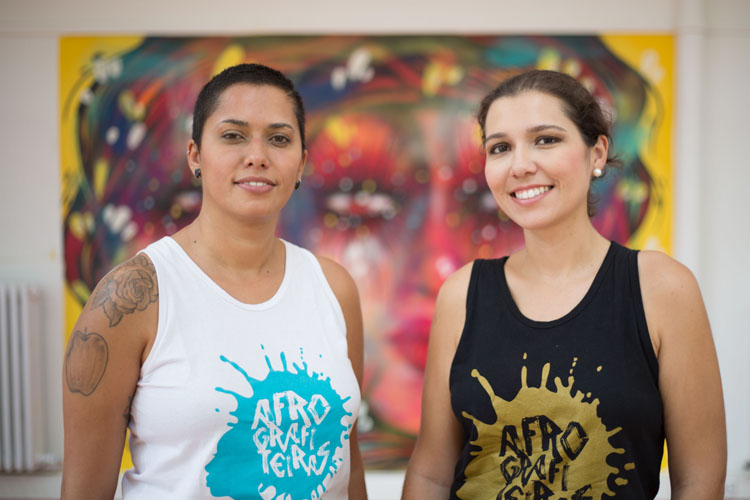