‘I learned about contraception when I was very young,’ explains Oriana López Uribe, member of the Mama Cash board. ‘My dad worked in the branch of the International Planned Parenthood Federation that provides access to sexual and reproductive health throughout Mexico. Our home was full of condoms. My girlfriends and I would use them as balloons. We also would unknowingly use the spermicide to make face masks.’

Oriana grew up witnessing the rise of clinics and community projects where women supporters, predominantly from indigenous communities, tried to ensure access to contraception for other women in their community. ‘My father and I visited villages where all of the inhabitants were women, because all the men had migrated for work. From a very young age, I understood the importance of sex education to ensure that these women would be protected from sexually transmitted diseases when the men returned back home.’

About abortion however, Oriana and her father have different opinions. ‘Like many people my father continues to view abortion from the angle that women are victims. He doesn’t understand that standing up for abortion rights from a feminist viewpoint entails going further than that. Actually, the start of my activism could be viewed as an act of rebellion: Okay then! You’re in favour of sexual and reproductive rights, but I’m in favour of abortion.’

Sign up for our newsletter with personal stories about abortion >>>

Accompanying a woman to an abortion

Today Oriana is the director of Balance, a feminist organisation which aims to improve the living conditions of women in Mexico with a focus on social, sexual, and reproductive justice. In its offices, Balance houses the Fondo de Aborto para la Justicia Social MARIA, ‘MARIA’ being the Spanish acronym for Women, Abortion, Reproduction, Information, and Accompaniment. This Fondo MARIA is an abortion fund that provides financial, emotional, and logistic support to women from all over the country travelling to Mexico City for an abortion, the only Mexican state where abortion is legal. In other states, abortion is only legal under certain, restrictive conditions. This often causes girls and women in other states to be followed, arrested, and imprisoned for having terminated their pregnancy.

"What I am doing this work for?"

After receiving training to accompany women who are going to have an abortion, Oriana served at Fondo MARIA for several years providing that accompaniment to women. However, the main part of her current work consists of advocacy for abortion rights in national and international political spaces. ‘Sometimes I spend an entire week in an awful United Nations building talking about sex education and reproductive health, with the feeling that people don’t understand me, as they are looking at me as if I was speaking another language. After fighting with my voice from 7 am until late at night trying to convince governments to include a single word in some international agreement and then ending up seeing that the word is not included in any way, shape, or form, I often ask myself: What am I doing this work for?’

Fortunately, Oriana can return to Balance. ‘There is nothing more gratifying than returning from a conference like that and then being able to accompany a woman to have an abortion. Seeing young women who arrive pale, nervous, and afraid because they have been told they can die from an abortion, because the stigma around abortion has placed a burden on them from the very beginning. To see them smiling, empowered, and relieved after the abortion is really rewarding. Experiencing this transformation together with them makes me realise that it is worth the effort to continue a dialogue with people who don’t seem to understand what we are talking about or who aren’t even in contact with these women.’ 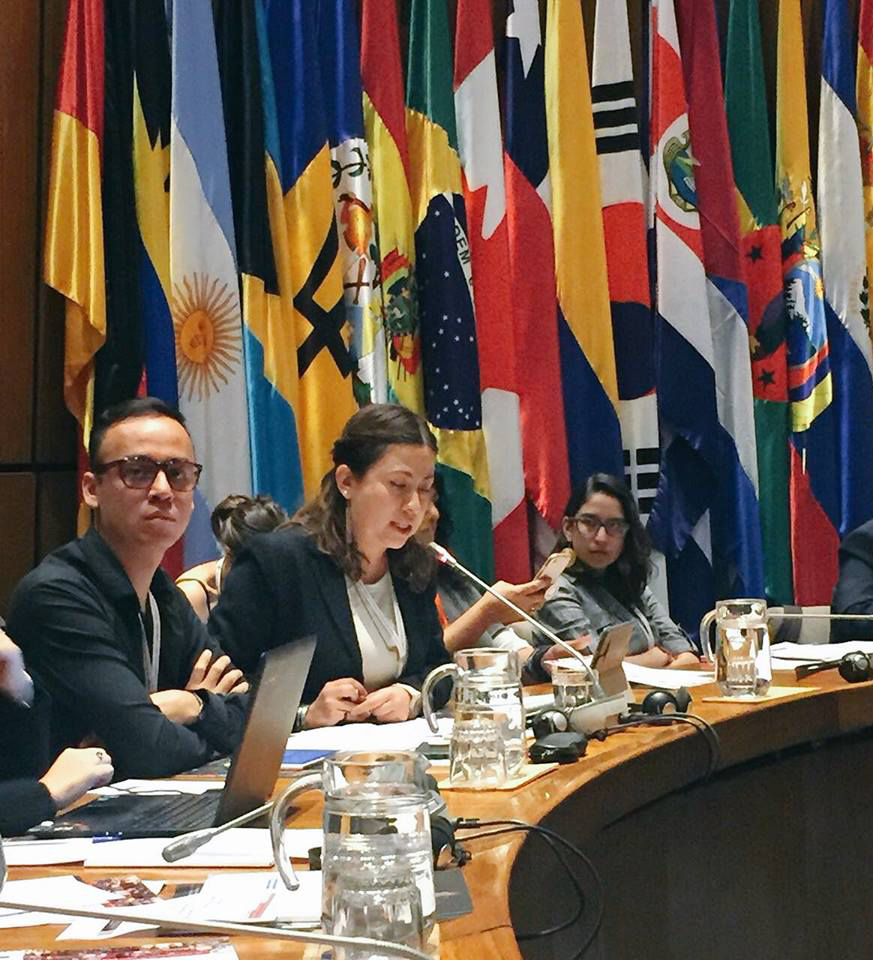 Because abortion has always existed and it will not end

According to Oriana, it is necessary to continue engaging with people who don’t seem to understand the importance of abortion rights. ’I would like to inspire them not to judge others, but rather offer support so abortion can take place in the best possible conditions. I would like them to realise that these women aren’t outsiders; they are the women in their lives: their friends, their aunts, their cousins, their sisters and their wives. In the end the evidence is showing us that abortion has always existed and that women are going to keep having abortions regardless of the legal context in which they find themselves. Even in an ideal world with the best contraceptives at hand, abortions will take place, because sometimes science fails or planned pregnancies suddenly turn into unwanted pregnancies for thousands of different reasons. And besides the fact that it is evident that abortions are going to continue to exist no matter what, there is also evidence that tells us that women have better physical and better mental health if these abortions take place in the context of legal, social, and emotional support.’

"Let’s applaud them for being selfish."

Oriana is convinced that the emotional support women are provided with Fondo MARIA can greatly help reduce the prevailing stigma. ‘It is an solidified idea that women who get abortions are vulnerable victims, or immoral because their decision is selfish. It’s all right for them to be selfish. A lot of men are selfish all the time, and nobody judges them for that. Men make decisions about their careers, their dreams, and their finances, and nobody criticizes them. But when women decide that they would prefer to have an abortion so they can pursue their career, get out of a marriage, or simply get on with their life just as it has been up until that point, they are labelled as selfish. Let’s applaud them for being selfish, for making their own decisions. An abortion might even be the first time a woman has ever made a decision for herself.’

An abortion in order to get married

One case that Oriana wants to bring up is the story of a woman who came to Fondo MARIA to be accompanied for an abortion in Mexico City. ‘The woman was in a relationship with her fiancé and had planned her dream wedding to take place two years later. She wanted an abortion because an unexpected pregnancy was going to force her to get married in a rush, rather than with the wedding of her dreams two years later. Many people interpret this in such a way that the woman was selfish. But what fascinates me is that this woman was getting an abortion not so she could pursue a degree, get on with her life, or something that would be perceived as liberating, but rather because she wanted to fit into the whole idea they try to sell us in Mexico that we have to get married like princesses. And there lies the paradox. First, the system sells you the idea that you’ve got to get married in this way, and then you find yourself dodging that same system to get an abortion, which is just what the system wants to avoid. It’s a complex case that has many layers. But it is worth reflecting on, because it reveals the absurdity of anti-abortion legislation in conservative countries like ours.’

"Accompaniment services can reduce the stigma."

Just like with many support networks for women seeking abortion around the world, in the beginning, Oriana’s dream and that of her partners at Fondo MARIA was that someday this support network would cease to exist because it would be unnecessary, because women would have free, direct, legal, and fair access to abortion. ‘However, it may need to continue to exist. We realised that women are quite alone when they come to have their abortion. One time we had a woman who came for an abortion for the third time and told us that every time she felt accompanied very well by Fondo MARIA. It’s not that we want every woman to have 200 abortions, although it wouldn’t bother us if they needed that many. The point is that we are currently conducting a study to support our hypothesis that accompaniment services can reduce the stigma. It becomes clear that feminist accompaniment reduces the feeling of guilt that our society burdens women with. When you eliminate this feeling of guilt, you help reduce the stigma.’

‘Being a member of the Mama Cash board makes me happy because I know I am bringing something to the worldwide feminist movement. Mama Cash is a very transparent fund that exposes itself very openly to the outside world. I feel like I am returning the support. I am supporting Mama Cash for Mama Cash to continue providing support to women. We are part of the same movement.’