There are many tactics used around the world to silence women who make their voices heard: depending where you are, as a feminist activist you might be labeled a witch, a whore, a man-hating lesbian. But for Katswe Sistahood, a group of young women and girls in Zimbabwe, it’s also their age that’s used against them. 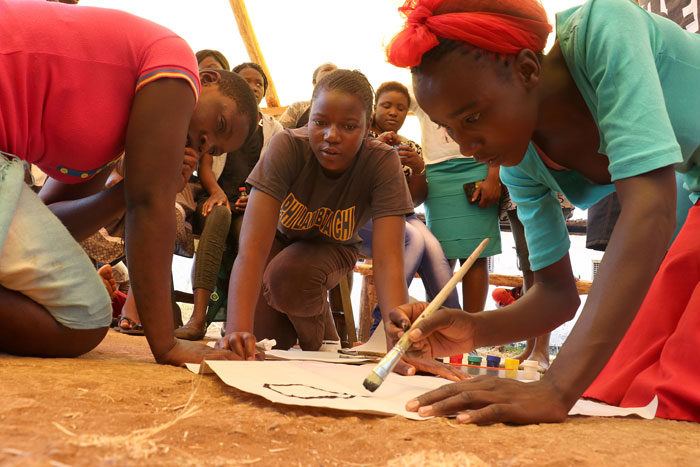 “They see us as trouble-makers,” Talent Jumo, the current leader of the group, explains. But she chuckles as she says this, because this is a label that the girls and young women of Katswe Sistahood embrace: it shows that even their opposition recognizes their boldness and courage. “We are pushing agendas,” she adds proudly.

Based in Zimbabwe, the Katswe Sistahood advocate for sexual health and reproductive rights in their communities, tackling taboo issues that marginalize women and girls. “You’re alienated from your body, if you’re a girl, from the moment you’re born,” Talent says. She explains that girls are constantly, subtly reminded that “their body is not theirs.” That’s why the Katswe Sistahood aims to help young women “find their voice, control their bodies, make decisions about their own lives,” Talent says, both within their homes and families and in public spaces like school or on the streets.

“You’re alienated from your body, if you’re a girl, from the moment you’re born.”

And anyone who might claim that the Sistahood is too young to know what they’re doing would have to bite their tongue: the Sistahood recently had a huge success thanks to their innovative approach. After countless cases of young women being harassed and assaulted while walking down the street, Katswe Sistahood organised a ‘Miniskirt March’ to voice opposition to this violence – considered by many in their community to be a ‘normal’ response – targeted at young women.

The march was the first time the community engaged openly around the issue. Katswe faced resistance and attacks, but they stood their ground. A few weeks later, a video shared on social media revealed that another ‘miniskirt attack’ had taken place. Katswe demanded swift action from the authorities, eventually landing the perpetrators in jail. Not only was justice served in this case, but the campaign raised awareness about street harassment, and in particular became an educational tool for men – several men approached Talent after the campaign and admitted they hadn’t realized the problem was so severe. 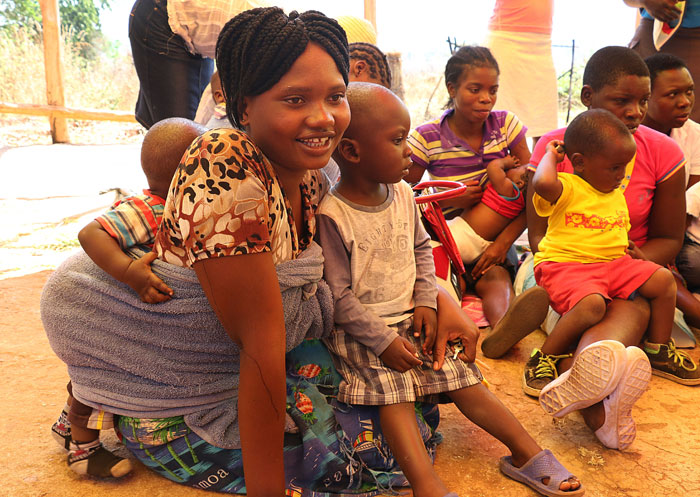 The Katswe Sistahood illustrate the necessity of girls and young women organizing for themselves. Having experienced firsthand the inadequacy of the traditional ABCs approach to sexual health – Abstain, Be safe, use Condoms – they are the ones best positioned to develop resources and strategies for sexual health and empowerment that do work for them. In tackling sexual health matters, Katswe Sistahood dares to talk about the sidelined issues; they are currently running a campaign advocating for the decriminalization of abortion and for the provision of safe abortion service.

“We chose to speak out, challenge, push boundaries.”

Talent: “We believe in championing those uncomfortable conversations; creating safe spaces where girls and young women can tell their stories, read into their lived realities, and demand accountability from duty bearers. We chose to speak out, challenge, push boundaries; because clearly, our silence has not served us.”

Amplify the Katswe Sistahood's voices by sharing this article with your friends!

Girls determine their own strategies for change