Aynouk Tan (35) is a fashion philosopher. She observes how fashion is used to perpetuate cultural norms. But she practices what she preaches too. With her clothing and appearance, she undermines what is expected of her as a woman every day. Tan appeared several times during the Mama Cash Feminist Festival on 8 March. Last autumn, she became a member of the advisory committee that allocates grants from the new Spark portfolio. 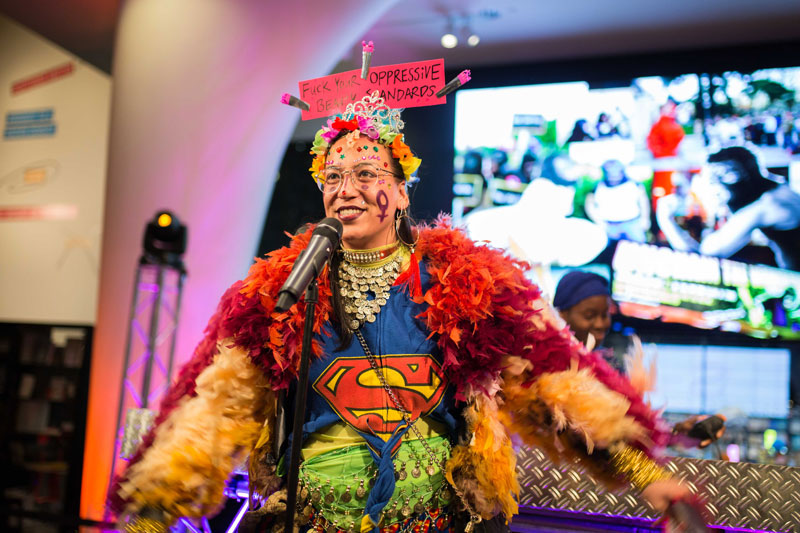 “What Mama Cash envisages with the Spark portfolio appeals to me tremendously. And especially: the focus on money for the most marginalised groups. No, I don’t believe that is a stigmatising term, but one that makes it clear where the pain lies. The self-image of Dutch people, that we’re all actually equal, isn't true, as Gloria Wekker so strikingly broached in her book White Innocence: Paradoxes of Colonialism and Race. There is a lot of inequality and many people are also driven to the margins in the Netherlands. I think it’s extremely valuable that Mama Cash is actually seeking out those margins with the Spark portfolio.

“The self-image of Dutch people, that we’re all actually equal, isn't true.”

In order to be able to create equality, you first have to acknowledge that it doesn’t exist. In the dominant Dutch narrative, there is still far too little evidence of diversity. The norm is heterosexual, white, documented and male. If you look carefully, that normativity is everywhere. Why have we never had a woman or person of colour as prime minister in the history of this country? Why do people laugh when Dutch talk show host Paul Witteman tries to calm down two bickering male politicians by saying ‘ladies, ladies’? Why does unisex fashion always mean traditional men’s clothes for women, and never traditional women’s clothes for men? What I learn from fashion is that systems of power are banal. They can be found in everyday actions and conversations, but it is precisely those things which constitute a society.

“Anger is allowed, sadness is part and parcel of the picture, and you don’t have to be afraid of being a killjoy.” 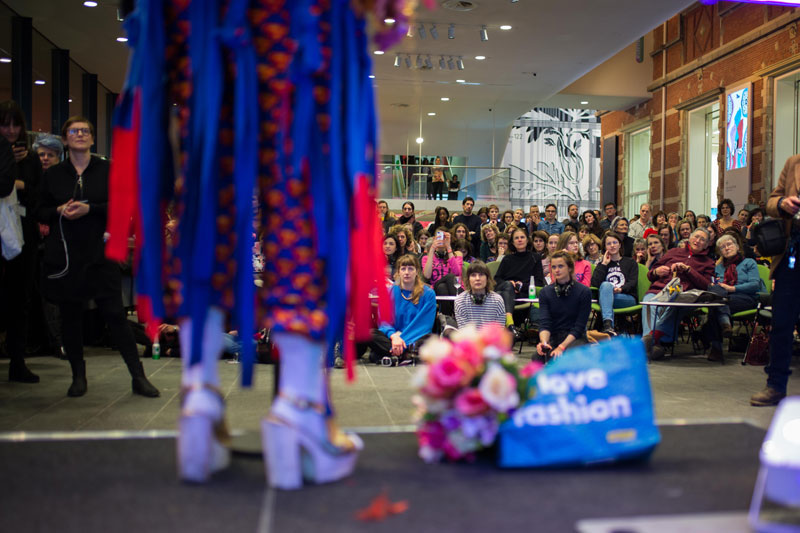 Through my carnivalesque clothing and appearance, I want to create a wide-angle view that goes beyond gender roles, reveal the categorisations that we attach to people and put forth a new vision of humanity. In my life and work, I continually question the straitjacket of normality. Nevertheless, Mama Cash’s form of radical activism was a kind of wake-up call when I was introduced to it. So refreshing that anger is allowed, sadness is part and parcel of the picture, and you don’t have to be afraid of being a killjoy. Mama Cash has taught me that you are allowed to fight with all your might for something you need or believe to be necessary. Not trying to please or constantly adjust yourself to the powers that be, but fighting against power structures with all your might: yes!”