Having a drink and catching up with friends: it can be invaluable. If things aren’t going your way, you need a listening ear, people who understand what you’re going through. Maha Youssef and her friends wanted that too, but that turned out to be a major undertaking for them. Maha is a lesbian woman from Egypt. She fled to the Netherlands several years ago and sought contact here with like-minded people. Maha: “The queer scene in the Netherlands, however, turned out to be dominated by gay men; the queer refugee scene in any case. Workshops, parties, debates: they are all aimed at gay men. There is no room for lesbians or trans people. My friends and I felt completely out of place at these types of meetings, so we decided to start organising our own meetings.”

“We formed a collective together. We called it ‘Sehaq’, the Arabic swear word for a lesbian.”

Reappropriating
Maha had already gained a lot of experience as a queer activist in Egypt, so this was right up her alley. She also knew a lot of other lesbian refugees from the Arab region, some of them from before they fled. “We formed a collective together. We called it ‘Sehaq’, the Arabic slur for a lesbian”, says Maha. “By using this name, we are reappropriating this word. If someone wants to insult me with it, that’s no longer possible, because the word is now mine.” 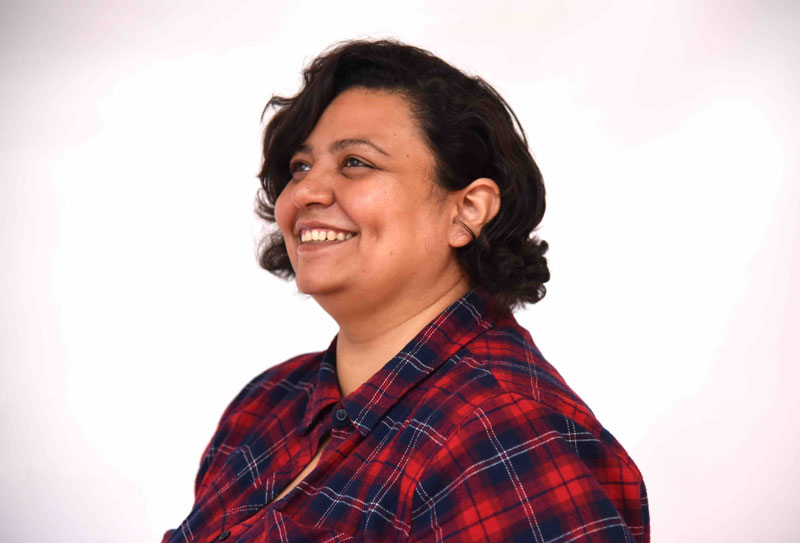 Train tickets
“We wanted to create safe spaces. The workshops that we organise are therefore only for refugees, not for white people. In this way, everyone feels free to discuss what they are experiencing in the Netherlands. Queer refugees often hear: ‘You came here yourself, we have given you shelter, money and security, so you are not allowed to criticise us.’” In addition to workshops, Sehaq also organises dinner parties and benefit parties in Vrankrijk, a squatter’s café in Amsterdam. Those are accessible to a broader public. “However, we always buy train tickets for lesbian and trans refugees, so that they can come from their asylum seeker’s centre to Amsterdam. In this way, we ensure that we’re always in the majority and can feel at home, even if gay men and Dutch people are welcome,” explains Maha, before adding while laughing: “Gay men find that very irritating.”

“One day, we’ll have our own meeting place, a home for all queer refugees in the Netherlands.”

Catching up, dancing, flirting a bit. These may not immediately seem like acts of resistance, but in certain contexts this is nothing less than radical feminist activism. Maha: “One day, we’ll have our own meeting place, a home for all queer refugees in the Netherlands.”

How Consent Matters is changing the conversation about sex