“I hear the storm. They talk to me about progress, about "achievements," diseases cured, improved standards of living. I am talking about societies drained of their essence, cultures trampled underfoot, institutions undermined, lands confiscated, religions smashed, magnificent artistic creations destroyed, extraordinary possibilities wiped out.” – Aimé Césaire

As our Executive Director Zohra Moosa and Director of Programmes Happy Mwende Kinyili discuss in the most recent episode of our podcast Tea with Mama Cash, colonialism is one of the many examples of how the past is present. Colonialism shapes our present-day human geography, accounting for patterns of migration between former colonies and colonising countries. Colonialism is why English, French and Spanish are so widely spoken (why we communicate with some of the grantee-partners mentioned below in Spanish, instead of their indigenous languages).

Colonialism even has a role in the supposed universality of the gender binary. The system of two opposed and mutually exclusive gender categories is widespread not because it’s natural, but because colonialists enforced this model wherever they went. Many indigenous cultures had different gender systems, with more and more fluid categories.

The same can be said for heteronormativity and homophobia: Section 377 of the Indian Penal Code, for example, which bans “homosexual activities,” was introduced under British colonial rule. Luckily, since very recently this legacy of colonialism is no more: after over 25 years of campaigning against this oppressive law by, among others, our grantee-partners Sappho for Equality and CMI! partner CREA, on 6 September 2018, the Indian Supreme Court overturned the law.

But colonialism isn’t just the influence of the past on the present: it is a system that in many ways never ended. Across the Americas, for example, settler colonists occupy stolen lands and have power over indigenous peoples. And in other ways, it has simply changed its form to keep up with the times, while at its core the ideology of imperialism (which justifies seizing control of land, resources and people) has remained intact and little changed. In particular, the rise of capitalism, an economic system based on private property and profit, provided new fuel to this fire. Hey, it’s a free country market, right?

Despite the terminology, this is all far from theoretical. Starting with Latin America, where many decolonial theories and practices have their roots, here’s how colonialism is playing out around the world today, and how feminist groups we partner with are resisting.

Indigenous people in Latin America, which starting in the 15th century was colonised by the Spanish and Portuguese, are now facing off invasion from their northern neighbours: large, North American corporations who come to carry out extractive mining projects for metals, minerals, oil, and other natural resources. Not only can these projects cause long-term environmental damage like flooded lands or polluted water, but they often involve the illegal seizure of ancestral lands of indigenous populations.

Women are particularly impacted by these infringements, as they stand to lose their autonomy and economic independence. But women land defenders are fighting back. In Brazil, for example: since plans to build the Belo Monte dam in the Xingu River were announced in 1975 , resistance from indigenous communities has been fierce, as the dam would have displaced up to 20,000 people and cut the water and fish supplies of people in the region. Our grantee-partner Coletivo de Mulheres Regional Transamazonica e Xingu (CMRTX), a coalition of women from different collectives in Altamira, Brazil, organised with other local groups for years to oppose the dam. And for a time it seemed like all of their strategising, campaigning and protesting paid off: in 2016 an environmental agency suspended the building license for the dam, a ruling that unfortunately was later overturned. CMRTX and their allies "continue to struggle to decolonize our territories, waters, forests [and] cultures," member Antonia told us in an email.

More groups we support are defending indigenous women’s rights in relation to environmental justice – forming our rapidly-growing Environmental Justice portfolio – such as Red Nacional de Mujeres en Defensa de la Madre Tierra (RENAMAT) in Bolivia and Consejo de Mujeres Indigenas y Biodiversidad (CMIB) in Guatemala. It’s worth noting that this kind of work can – and does – cost these human rights defenders their lives. The murder of Berta Cáceres in 2016, who was campaigning against a similar dam project in Honduras, put the violence against women human rights and land defenders on the international radar – and demonstrated how far big business and governments will go to cover up any wrong-doing. 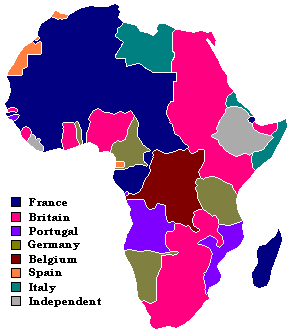 Modern-day colonialism continues to be an issue across the African continent as well. Starting in the 16th century with the advent of the transatlantic slave trade, African nations experienced various forms of violence and exploitation by Europeans, and the continent almost totally colonized by 1914. Despite the wave of decolonisation movements in the 1960s, land-grabbing is still a regular occurrence. Land-grabbing is the large-scale acquisition of lands causing dispossession of indigenous inhabitants and jeopardizing food security for the profit of often foreign investors. And again, we see that women’s land rights in particular are violated: in Nigeria, for example, many women farmers had their land seized because of development plans to build a banana plantation. To fight this, our grantee-partners Lokiaka Community Development Centre ran a campaign with those farmers against the construction of the plantation – successfully leading to the cancellation of the project.

The common threads running through the work of our grantee-partners around the world reflects the troubling reality that colonialism is still a near-global phenomenon. In Indonesia, colonised by the Netherlands, our grantee-partners SERUNI are also campaigning against land-grabbing, destructive development projects and palm oil plantations; in the Philippines, which was colonised by the Spanish and later the U.S., our grantee-partners AMIHAN Northern Mindanao Region and BAI Indigenous Women’s Network are doing similar work. The rise of these corporate plantations can be traced back to the establishment of monocropping for export, implemented by colonial rulers to maximise their profit. Monocropping reduces the amount of human labour needed, thus reducing production costs, but comes with long-term environmental consequences like soil degradation and a loss of biodiversity. When the land is degraded, a company can pick up and move on, while the indigenous inhabitants are left with little means of sustaining themselves. 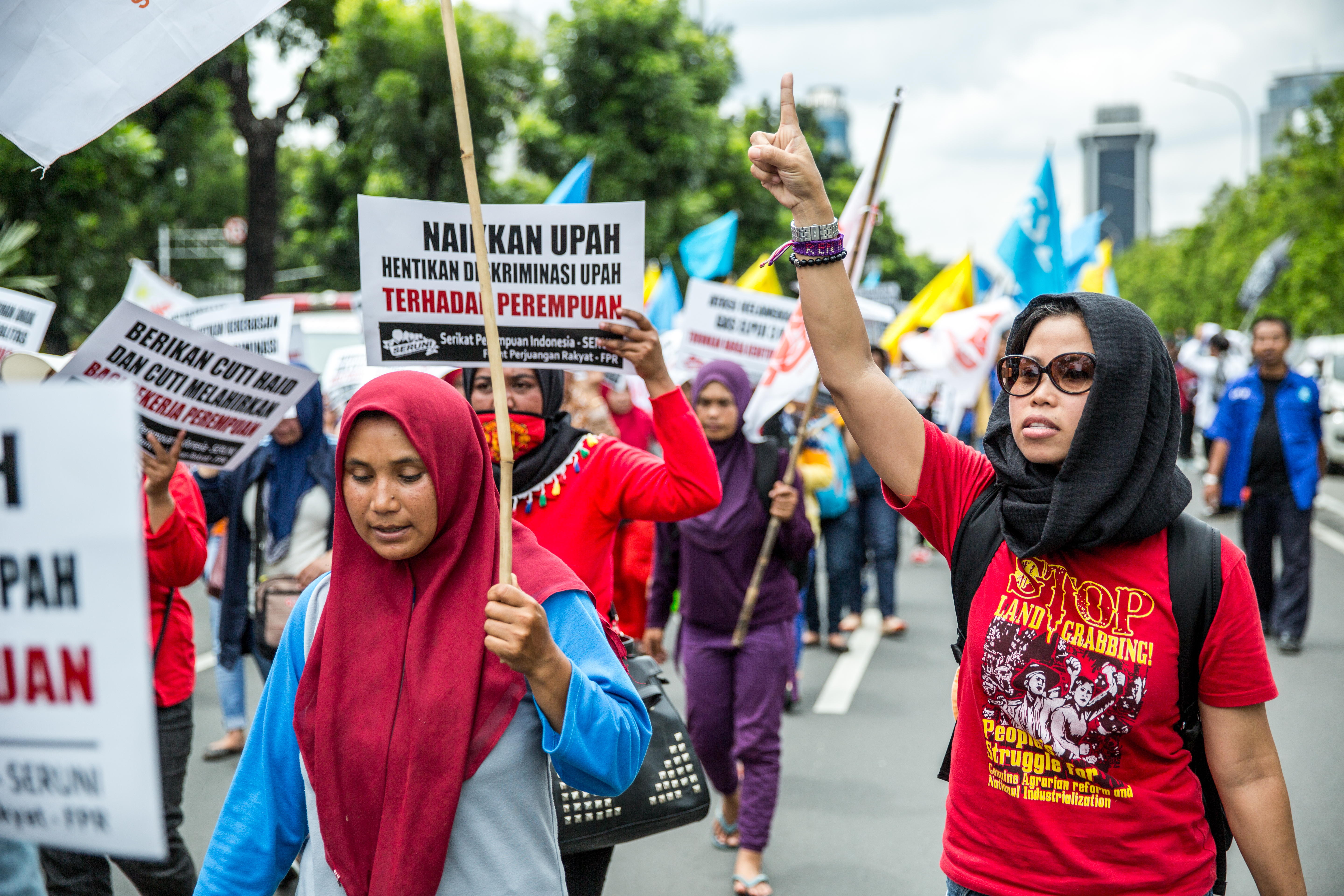 However what all of these groups have in common is not just the issues they are tackling, but also their intersectional approach, which is by necessity: only by weaving together climate justice, indigenous rights, gender equality and labour rights can they articulate their lived realities, their rights, and their vision for a more sustainable and equal world.

In 2012, Eve Tuck and K. Wayne Yang wrote an article for an academic journal entitled “Decolonization is not a metaphor”, in which they critiqued the increasing use of ‘decolonisation’ being used to describe any social justice-oriented process for improving education or other areas of society. Instead, they argue, decolonisation is fundamentally about reparations: financial compensation for forced, unpaid labour and the return of stolen lands; only such material actions enable indigenous sovereignty and futurity.

So while 'decolonisation' may sound like an abstract, academic term, for our grantee-partners it is quite the opposite: decolonisation is a concrete practice, in relation to material and urgent issues. These feminist activists are working to create a world in which everyone has the same opportunities and the resources they need to survive; a world free from racist and sexist domination; a world free from harmful colonial logics of dichotomies, hierarchies and exploitation. By resisting this system, they are creating what Tuck and Yang call an “elsewhere”: an alternative reality, not determined by colonialism, but rather full of possibilities.

Listen to our Tea with Mama Cash episode on decolonisation:

Listen to our Tea with Mama Cash episodes on climate change: