Skip to the page content
Mama Cash will use your name and e-mail address to be in touch with you and to provide updates. You can change your mind at any time by clicking the unsubscribe link in the footer of any mail or by contacting us at shesupports@mamacash.org. By clicking the button above you agree that we may process your name and e-mail address in accordance to our Privacy Statement.

Count Me In! Consortium

Indigenous and rural women, sex workers, lesbian and bisexual women, women with disabilities and HIV. They are among the many women, girls, trans people and intersex people who must confront multiple layers of discrimination. Yet they are playing an essential role in bringing an end to injustice and inequality across the globe.

Count Me In! supports the voices and activism of women, girls, trans people and intersex people who are often most marginalised by their communities.

Count Me In! is a special joint initiative led by Mama Cash, including the sex worker-led Red Umbrella Fund (RUF), together with the Association for Women’s Rights in Development (AWID), CREA, Just Associates (JASS) and Urgent Action Fund – Africa (representing its sister funds in the US and Latin America). The Dutch gender platform WO=MEN is a strategic partner for lobbying and advocacy.

The Dutch Ministry of Foreign Affairs selected Count Me In! as a strategic partner within its Dialogue and Dissent policy framework. It awarded the initiative €32 million from 2016-2020.

Latest from Count Me In!

To the CEDAW Committee: Sex work is work. It is not trafficking

More Count Me In! news 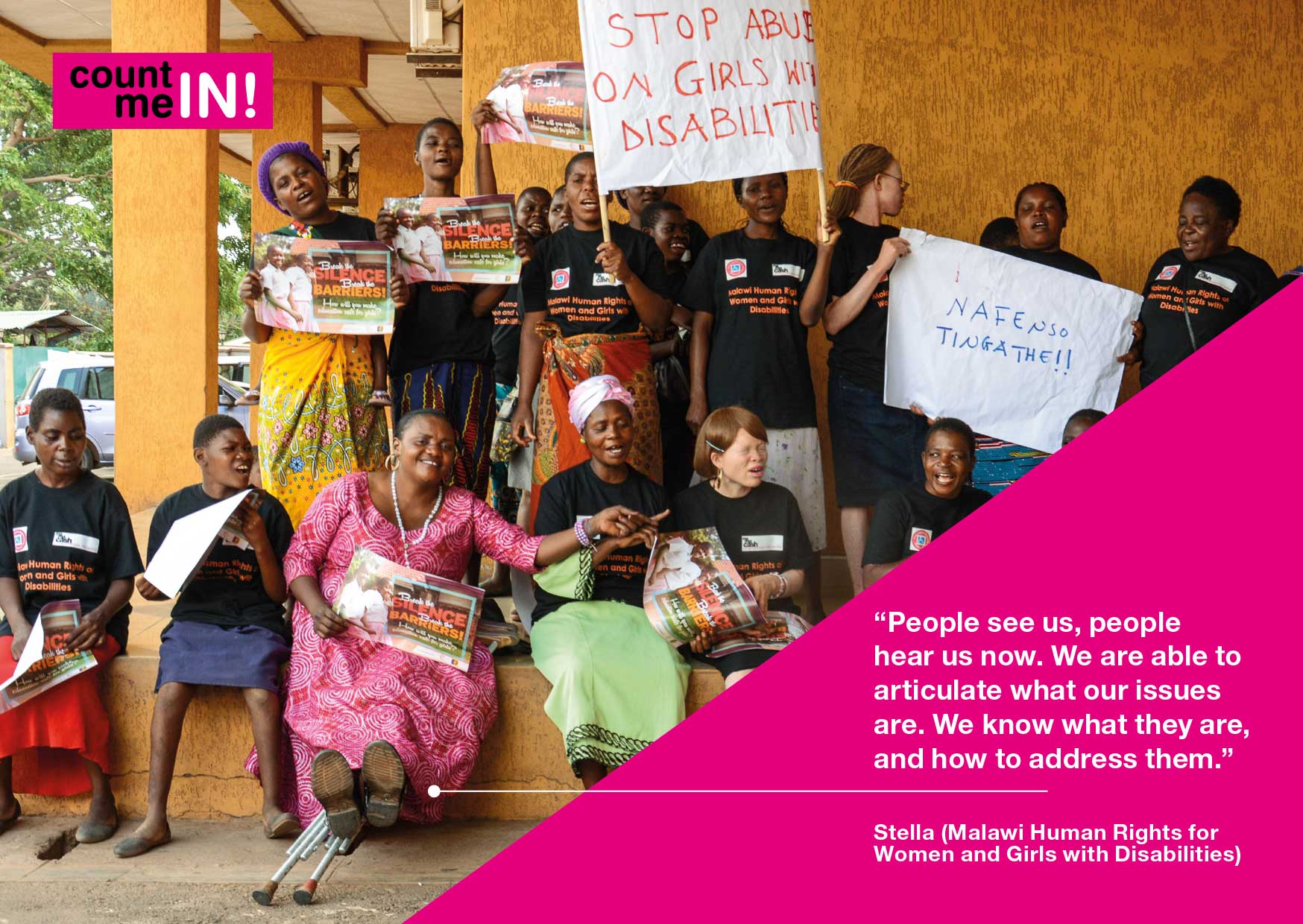 Count Me In! supports feminist groups and movements to grow in strength and numbers. To speak up, speak out and take action. In their communities. In the media. In politics. In every place where decisions affect them. The initiative features grants, capacity building and training, as well as lobbying and advocacy.

Putting the brakes on gender-based violence

Count Me In! develops and strengthens the capacity of marginalised women, girls, trans people and intersex people to effectively prevent and counter gender-based violence. It supports them to change the social norms that condone or promote violence and to advocate for strongly enforced laws and policies. Improving the safety and security of women’s human rights defenders is a top priority.

Count Me In! supports women's, girls', trans and intersex rights groups that are fighting to secure economic justice. It strengthens groups working to address the immediate factors of poverty and inequality, to claim and defend women’s labour rights, and secure access and control over land, property and natural resources. Count Me In! supports those fighting for recognition and de-criminalisation of certain forms of work, such as sex work.

Women’s, girls’ and trans people’s rights organisations are at the forefront of the fight for gender equality. Yet they often lack access to the resources they need and deserve. Count Me In! unites women’s funds and women’s rights organisations working hard to change this. We are building the evidence-base that shows how women-led movements are securing social justice. We are urging diverse communities of donors, including foundations and governments, to generously and sustainably fund women’s, girls’, trans people’s and intersex people's activism.

Read more about the Count Me In! Consortium's three thematic areas

From sex workers in India uniting to halt a damaging bill to women farmers winning land rights in Kenya, read about our accomplishments and some of our success stories in Count Me In! Realising Women’s Rights.

Spotlight advocacy – ensuring a seat at the table for feminist movements

The Money and Movements Initiative