In this new monthly series, ‘Collectively creating change’, we highlight the work and impact of our grantee-partners. This month: Association of Strong Women Alone in India. 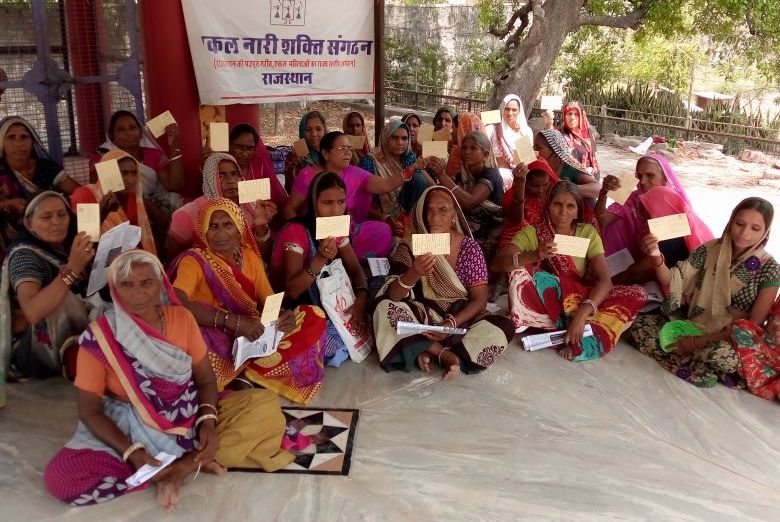 With an estimated 46 million (as of 2015) India has overtaken China as the country in the world with the most widows. Add to that women who have never been married, or are separated, or for whatever reason “are not living with another person in a marriage or a marriage-like relationship" and you’ve got a lot of so-called single ladies. This in itself is of course not a problem – unless society makes it one. And in India, unfortunately, being a single woman can come with all kinds of stigma that has serious effects on the well-being and autonomy of a large portion of the population.

Stigmatisation manifests in customs that keep single women out of public life and restrict their mobility.

Many of these single women are heads of households, and they have to support themselves, dependent children or elders and sometimes even other relatives. Yet women living without the support of men are seen as weak, vulnerable, inauspicious, or even ‘loose women’ (which in turn is seen as justification for the increased sexual harassment and assault they face). This stigmatisation manifests in customs that keep single women out of public life and restrict their mobility – in some communities, for example, widows are seen as an unlucky presence at important occasions and are sometimes discouraged from attending even their own children’s weddings.

This exclusion and marginalisation is also intertwined with class and caste: becoming single can lead to a lower-income status, as access to family resources and inheritance is made contingent upon marriage for women. And while upper-caste widows face heavier restrictions on mobility outside the house, single Dalit (historically considered the lowest social caste) women are more likely to face violence in public spaces.

But in the state of Rajasthan, our grantee-partner Association for Strong Women Alone (ASWA) are working to change that.

What ASWA is doing

Founded in 2000, the Association of Strong Women Alone (ASWA), or in Hindi, Ekal Nari Shakti Sangathan (ENSS) aims to transform the population of single women from isolated individuals to a united and vocal community. By collectively building the self-confidence and leadership of single women, ASWA is creating a movement that together can address the marginalisation and injustices that single women face.

In order for single women in rural contexts to sustain themselves and provide for others, it is essential that they have land on which to work.

Today ASWA has over 65,000 members and counting, covering many districts in the state of Rajasthan. Feminist principles of organising inform everything they do, from collective decision-making and sharing of resources to giving weight and validity to women’s lived experiences. A feminist perspective also informs how ASWA is shifting the narrative around gender and labour. Challenging the perception that low-income single women don’t contribute to society, they highlight the necessity and value of ‘reproductive labour’: things like raising children – especially as single mothers or in a one-parent household situation - or producing food for the village. Having reframed which work counts as work in this way, they then lobby for equal use of land and resources for women and men, as well as equality in inheritance rights and government entitlements; in order for single women in rural contexts to sustain themselves and provide for others, it is essential that they have land on which to work.

That’s why the group is also working to build ties with MAKAAM, a network of women farmworkers and smallholder farmers. Since so many women have found work on farms, and are dependent on agriculture for their livelihoods, ASWA is actively trying to ensure that these women get to participate in debates and decisions regarding agriculture and farming. 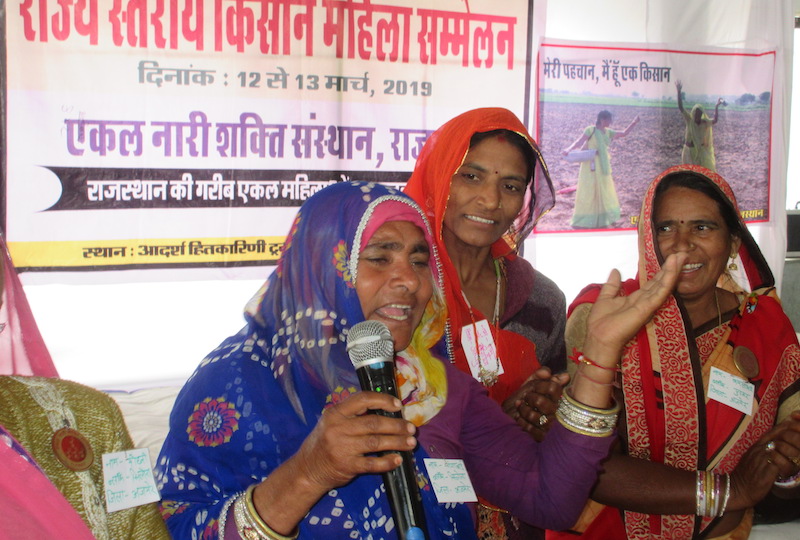 Next to their work on land and economic rights, ASWA works to change the way social structures operate by organising single women and supporting their participation in public life (for example by standing for local government elections). Locally, members work through neighbourhood-level committees to solve problems, like ill-treatment and harassment by family or neighbours, and helping each other gain possession of land and property that legally belongs to them. On a broader scale, they regularly follow up on legal cases to ensure that single women have rights to the property and resources of their families, as is the law, and assist women in claiming their share when necessary. They also work on ensuring that single women have access to basic services like housing, education, health services and pensions and other public services, by ensuring that single women leaders can advocate for their rights with local, district and State authorities and service providers.

The impact ASWA is making

ASWA’s decade-long dedication to ending discrimination against single women has paid off.

Take for example the postcard campaign that ASWA undertook: around 1800 older single women sent postcards to the Chief Minister of the State with their own money, demanding an increase in their social security pension. And it worked: as a result of this campaign, the state government doubled the pension for widows and other single women above 60. And in another victory, the social security pension scheme in Rajasthan which was previously only available to widows has been extended to other single women.

Thanks to ASWA, the term 'Ekal Nari' (‘single woman’) is also now used regularly in the government documents, replacing terms referring to widows or ‘nirashrit’, a Hindi term meaning destitute. ASWA: “The popularity that this more objective description of women not in a marriage-like relationship as ‘single women’ and not in terms that were earlier popular - which had primary connotations of victimhood, helplessness, rejection, destitution - is positive in changing the perception of Single Women in the very patriarchal and feudal state of Rajasthan.”

“I have a place in my community, which I have gained through my inner strength and the support of ASWA.”

But to really understand the impact of ASWA’s efforts to shift perception and transform the culture that marginalises single women, we end with this personal story from one of ASWA’s leaders Bhanwari Bai. When her husband died, she ran her home and raised her children singlehandedly. By the time her children were getting married, she had been an ASWA member for 15 years. This made all the difference: “I decided that I will perform all the rituals in my children's wedding myself, and I did. Some people in my village opposed this, but I went ahead with the support of other single women in my village.”

She also had an increased awareness of her land rights and the confidence to defend them. “My brothers-in-law wanted to take away my land, but I stood firm and could save my land.”

“Today, I am well recognised in my community. I am called to settle disputes by the village people. I stand with the same strength for other single women in my village, as I stood when I faced problems. I help them to avail pensions, Palanhaar and also counsel their family members. I have a place in my community, which I have gained through my inner strength and the support of ASWA.”

Do you want more stories about feminist activism around the world?

Whose voice and whose story?

The factory in their home: why workers' rights are women's rights