“It was like a kick in the teeth,” explains Luz Elena, director of the organisation of feminist cabaret artists  Las Reinas Chulas Cabaret y Derechos Humanos A.C., as she recalls first doing cabaret work in indigenous and peasant communities. “We realised that the real situation in the country was very bad and that we were living in a bubble. We had to become more proactive and contribute by doing what we did best: cabaret.” 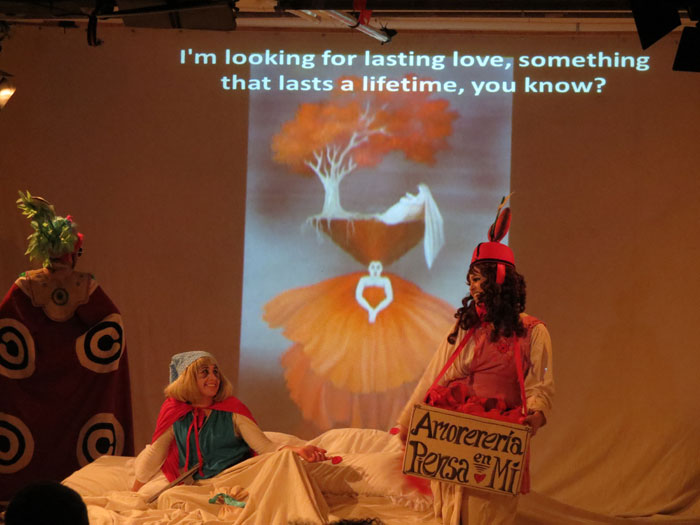 That was the moment when Reinas Chulas, which at that point was already a renowned theatrical company, decided to also establish itself as a civil society organization. “Working with indigenous and peasant communities had opened our eyes in a variety of ways,” adds Ana Laura, Project Coordinator at Reinas Chulas. “On the one hand we observed in the field that cabaret is a powerful tool for connecting with women in the rural environment and counteracting the brutal male-dominated system that they live on a daily basis. But on the other hand we also identified a lot of things they have in common with those of us who live in the urban world outside of that reality, where we are supposedly ‘more civilised’.”

How did I swallow so much rubbish?
According to both women, during the process of performing cabaret, you can play a different role than the stereotypes of women repeated in Mexico’s melodrama television shows. You’re no longer a victim, but rather a critic and an agent of change. Cabaret allows you to laugh at yourself so that you can then laugh at what’s going on in the world around you too. “Humour brings you to a new place, and when you look back, you are shocked at what you learned, who you were, and what you believed. That’s when you realise why you react the way you do. That’s when you start asking yourself: How did I swallow so much rubbish?” 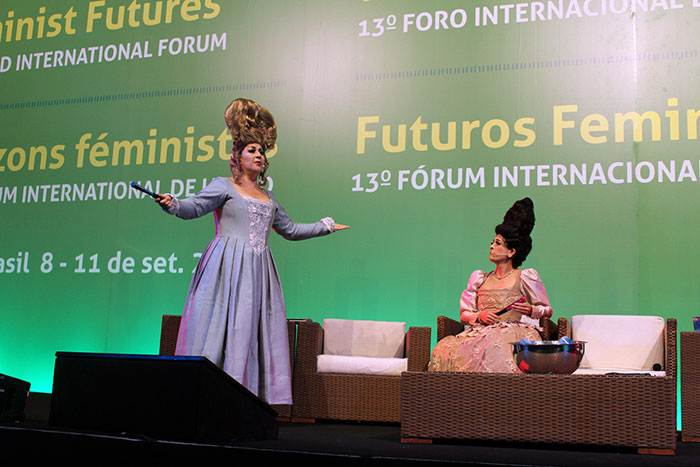 Over the last 14 years, the Reinas Chulas Civil Association has collaborated with different organisations to put cabaret at the service of society as educators, making it possible to talk about gender-based violence, sexual and reproductive rights, HIV, and sexual diversity. The Reinas Chulas know how to use humour as an effective political strategy for confronting the patriarchy and laughing at an oppressive system. “It's difficult, but not overly so,” says Luz Elena. “For example, when I rehearse, I always think that I have to try to find the way that my own father would understand. I think we all have one of those awkward relatives who resist change, a guy anchored in a male-dominated society who feels comfortable where he is and doesn’t want to become conscious of anything. How do we reach this person? By having a clear idea about what we want to say, saying it in a simple way and, of course, with humour.”

With cabaret, you can point fingers
Besides making a social impact with their cabaret group, the Reinas Chulas have even managed to make an impact on the political front. In 2014, having grown weary of being told that there was no money for culture, they started investigating the ministry’s finances and discovered that the money earmarked for culture was sometimes being spent on “courses teaching fingernail painting.” After sending the findings of their investigation to various delegations, they began being taken seriously as a bargaining partner. And it wasn’t only Reinas Chulas that gained credibility, but also other theatre groups working for change in cultural policy.

“We want a world that is more enjoyable, more inclusive.”

In fact, in 2015 the Reinas Chulas were invited to parliament so the government could give them the Medal of Artistic Merit. Of course, they used this occasion to challenge the MPs authority, and take them to task on their incompetent behaviour as leaders. “But we didn’t go as Reinas Chulas. We went in costume as Buddha, Jesus, Santa Rita, and the Aztec goddess Coyolxauhqui. We didn’t want to show our appreciation for the award, but to deliver a direct, front-on condemnation of how resources are being spent. Certain legislators felt quite uncomfortable and even left the event. This act clearly demonstrated the power cabaret has to point fingers at people and force them to examine their own actions. We thought it was spectacular.” 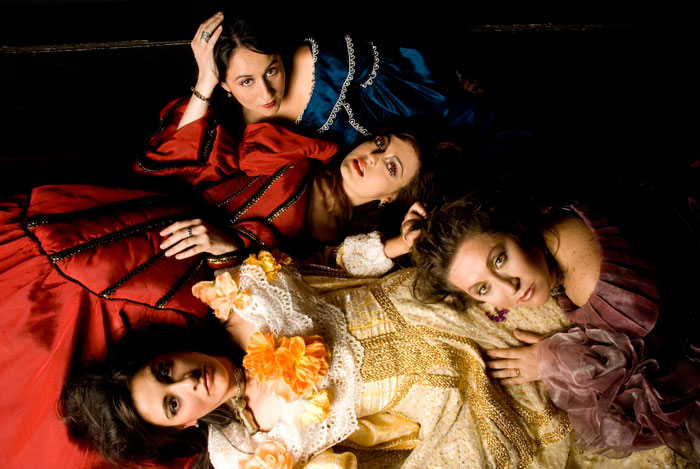 Making the whole world a cabaret
The Reinas Chulas see themselves as a leading organisation both nationally and internationally that occupies a space of citizens’ power to make an impact on public policy, but above all, their dream is to turn the whole world into a cabaret.  “By that, we don’t just mean being able to do cabaret, but also being able to laugh more: at ourselves, at what’s happening, and at our environment. We want a world that is more enjoyable, more inclusive.”

See them at the Mama Cash Feminist Festival on March 7th & 8th!